SEOUL, Aug. 2 (Yonhap) -- The defense ministry's task force, charged with drafting plans for overhauling an embattled military security unit, called Thursday for the abolition of "all of its institutional underpinnings" to carry out a wholesale reform.

Chang Young-dal, the chief of the team, announced a series of proposals for sweeping changes of the Defense Security Command (DSC) "close to the level of the command's disbandment," after monthslong deliberations.

The DSC has been the focus of public criticism due to allegations of political interference. Most recently, it has been upbraided for its alleged production of a document over the potential invocation of martial law to quash anti-government protests last year.

"Our task force has decided to push for creating new institutional underpinnings in order to bring about seismic changes to ensure that the military's intelligence unit will never intervene in politics nor do any activities that would impact troop morale," Chang told reporters. 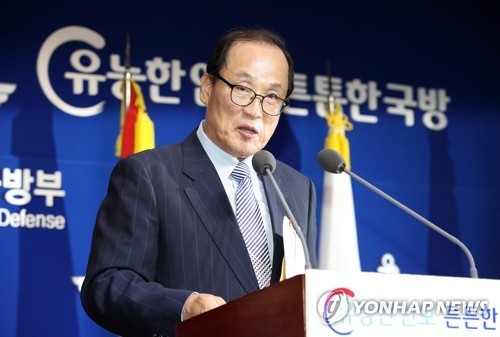 Chang referred to the presidential decree or other legal frameworks for the DSC operations as "institutional underpinnings."

Among the proposals is slashing the total number of DSC personnel by 30 percent or more to create a "professional, elite" group. The DSC currently has some 4,200 members, including officers from the Army, Navy, Air Force and Marine Corps.

The proposed drawdown would entail the removal of three or more general-grade DSC officials, observers said.

The task force also plans to propose three plans "in parallel" for the ministry to choose from: carrying out a fundamental overhaul while maintaining the basic command structure; reshaping the DSC into an organization subordinate to the defense ministry; and creating an independent government agency.

The proposal to create an independent institution requires the process of securing parliamentary backing, which observers say is likely to be a time-consuming undertaking.

The task force, in addition, proposed abolishing the practice of the DSC commander visiting the president for personal briefings, which have made the commander vulnerable to political influence.

The proposals will soon be delivered to Defense Minister Song Young-moo. After consulting them, Song will make his ministry's own reform proposals and later give a briefing to President Moon Jae-in.