SEOUL, Aug. 2 (Yonhap) -- Yun Hyong-keun, one of South Korea's leading contemporary artists, once said that his art testified to his turbulent life. The late artist believed the most beautiful life could be achieved after surviving extreme suffering and hardship.

Born in 1928, he lived through the country's major historic -- mostly tragic -- events during which he narrowly escaped execution after being framed as a communist and was jailed for his opposition to authoritarian governments. In 2004, three years before he died, he lamented that he outlived his best friends and colleagues.

The near-death experience and suffering during three periods of incarceration led Yun to often think about what life was about and what would happen after death. 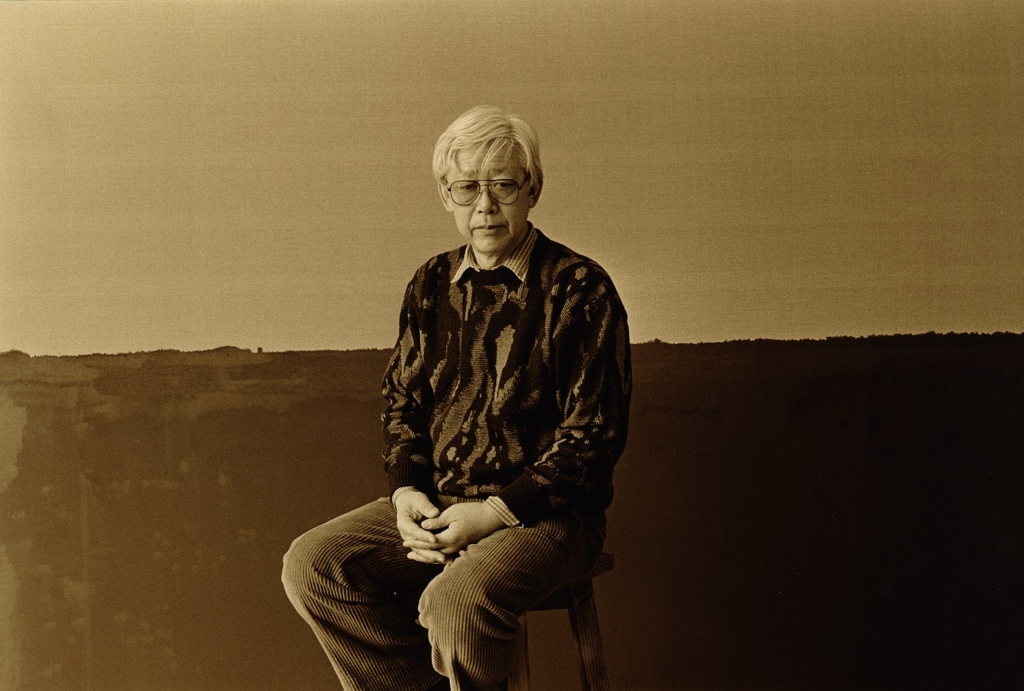 He admired Joseph Beuys for the German artist's works that he described as being "imbued with the shadow of death."

"When I view them, they give me a creepy and devastating shock. As he has survived a number of life-or-death crises, his works could rise to the highest level possible. Previously achieved levels are all just unsubstantial. One's status may increase by an enormous amount depending on whether they overcome a crisis of death or not," Yun said.

The artist's oeuvres and personal life will be brought to public view by the National Museum of Modern and Contemporary Art (MMCA) on Saturday. The large-scale retrospective is the artist's first-ever -- and belated -- posthumous exhibition held by a major public art institution in Korea. 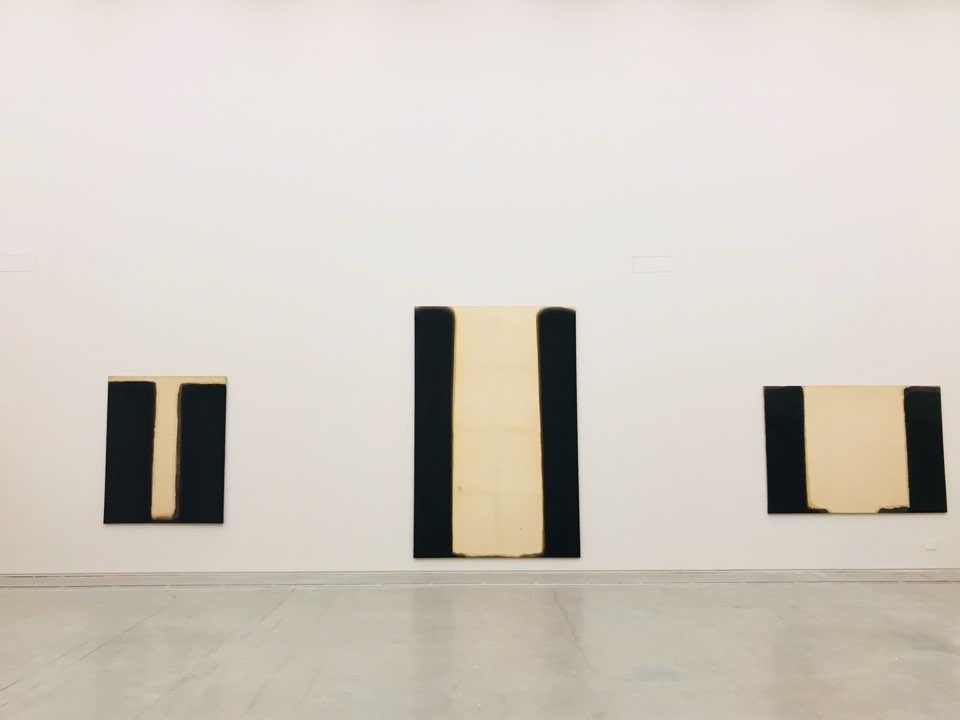 During a press briefing on the exhibition on Thursday, Kim In-hye, the main curator of the exhibition, acknowledged that it would have been nicer if the exhibition had been put together sooner, given the artist's huge influence on Korean art and the depth of his art and thoughts.

The curator Kim said Yun is a "huge artist who can't be confined to Dansaekhwa artists. If we have to describe him as such, he should take the center stage in the art movement."

Yun was spotted and discovered by foreign galleries back in the 70s, well before other Korean monochrome artists gained recognition. In 1975, he joined the 13th Sao Paulo Biennale and held a solo exhibition at Muramatsu Gallery in 1976 and at Tokyo Gallery in 1978, both influential galleries in Japan. 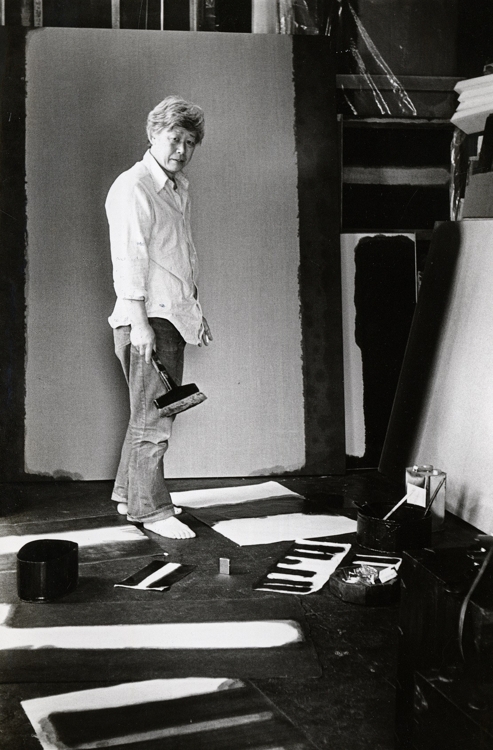 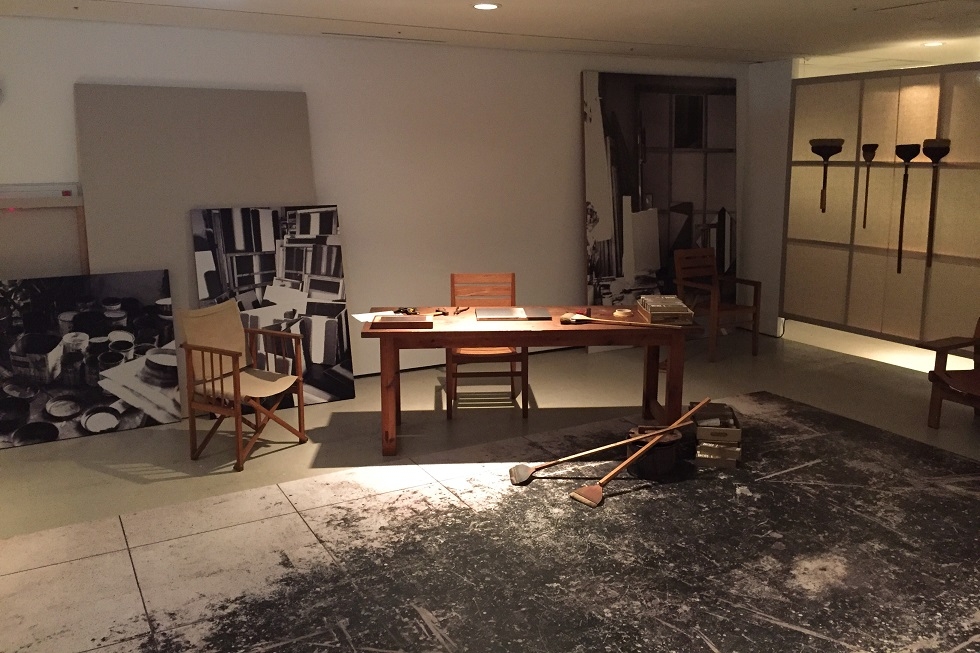 On display are 40 paintings, 40 drawings and 100 pieces of archival materials, including videos, letters, personal journals and photos -- many of which belong to Yun's family. The life-sized replica of his atelier has been partly created inside the exhibition hall with his own collections of Korean antique furniture and art pieces.

He painted simple and minimalist paintings by applying only two colors -- blue as the color of heaven and umber as the color of the earth -- on raw cotton or linen. By differing oil concentration and the mixture of the two colors, he created the permeating effects and depth.

The rugged, crude beauty seen in his art resembles that of centuries-old trees or Korean traditional earth houses. He expressed his affection for earth and what it stands for.

In a 1990 journal entry, Yun wrote, "Since everything on earth ultimately returns to earth, everything is just a matter of time. When I remember that this also applies to me and my paintings, it all seems so trifling."

The exhibition runs through December 16. 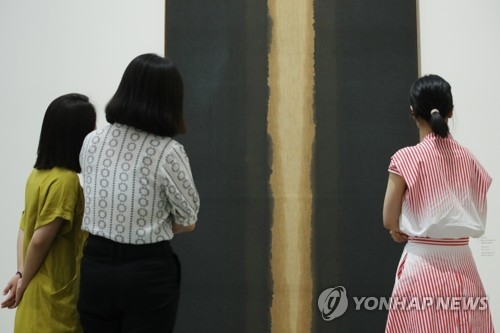