"Love Scenario," a mellow love ballad that fronted iKON's previous record, took local music charts by storm and went viral among kids for its simple and easy-to-follow melodies and lyrics.

The unusual feat earned iKON the favor of Yang Hyun-suk, the chief of their management agency YG Entertainment, as evidenced by the boy band's quick return with the new album.

"I am flattered by the speedy release (of the new album) because issuing two albums in one year with YG is unusual," member Kim Jin-hwan said in a press conference on Thursday ahead of the formal release of the new record at 6 p.m. 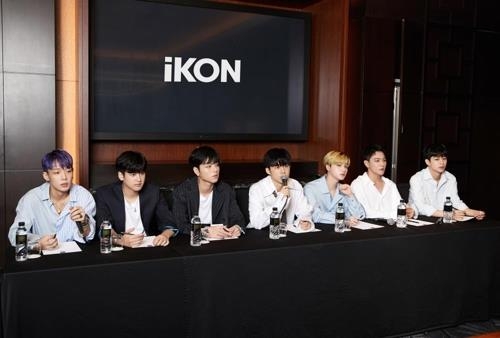 Members Song Yun-hyeong and B.I said the group finally opened a direct online communication line and dined with Yang for the first time, all thanks to the success of "Love Scenario."

The iKON members nodded in affirmation after being asked if they are under pressure to make the new album another hit.

"It would be a lie if I say we were not under pressure," Jin-hwan said. "But we could somehow relieve ourselves of the pressure after Yang said 'Whether you succeed or not, it's not your fault. Just do your best,'" he said, quoting their boss.

"It's true we took one step upward from the very bottom ... But we still have a long way to go," B.I said.

The new EP is the finale of iKON's triple "New Kids" album series, initiated with the release of "New Kids: Begin" in May 2017. Team leader B.I took part in the composition and writing of all five tracks of the new release.

The front track, "Killing Me," is a departure from the mellow melodies of "Love Scenario." With strong beats and tunes, the new track depicts the pain of a man after a breakup.

Another track, "Freedom," is a rock-infused song whose lyrics were written by member Bobby. "The song marks the first time iKON has attempted rock in earnest. I am pleased that we can demonstrate this side of iKON," Bobby said.

Member Kim Dong-hyuk took the lead in the choreography of the songs.

The seven iKON members will soon set out on their global arena tour, the iKON 2018 Continue Tour, starting with their inaugural concert in Seoul on Aug. 18, to be followed by performances in Taiwan, Malaysia, Thailand, Singapore, the Philippines, Indonesia and Hong Kong. 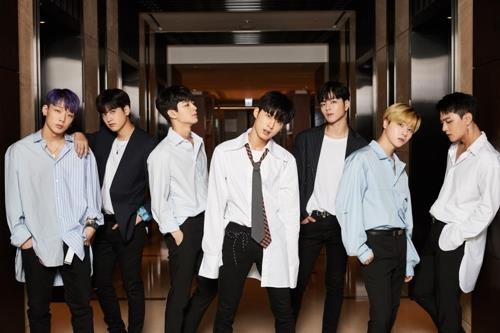