SEOUL, Aug. 3 (Yonhap) -- Southeast Asian ride-hailing firm Grab Inc. is seeking to strengthen its presence in the region by using vehicles made by Hyundai Motor Co. in its fleet, a top executive has said.

Grab owns and operates the largest fleet of electric vehicles in Singapore and said it is strategically aligned and will develop a very important strategic partnership with South Korea's top carmaker.

"Hyundai has some of the world's leading technology on electric vehicles (EVs), and we're very, very excited to work with them on what we believe is to be sustainable mobility for consumers in Southeast Asia," Grab President Ming Maa said Thursday in an interview with Yonhap News Agency by phone from Singapore.

"The partnership with Hyundai is meant to expand the objective of extending our EV footprint," Ming said.

Hyundai Motor released the all-electric version of its Kona subcompact SUV in April, a month after its unveiled its new Ioniq EV, which has a range of 200 kilometers on a single charge. 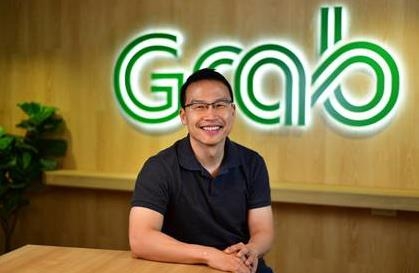 Ming also said Grab is in several discussions around other potential platforms, and said he's very hopeful that the partnership will expand beyond just the Ioniq.

In January, Hyundai Motor announced its investment in Grab to provide vehicles to the Singaporean company, though it did not disclose the exact value of its investment.

On Thursday, Hyundai Motor's rival Toyota Motor Corp. has been joined by a slate of leading global financial institutions, including Oppenheimer Funds, Ping An Capital and Mirae Asset-Naver Asia Growth Fund, Grab said as it announced US$2 billion of funds raised in the current financing round.

Ming said Grab has raised slightly more than $6 billion so far and plans to invest quite a bit of capital into next-generation transportation, which includes the EV project. He said Grab will invest most of the capital into Indonesia, one of largest markets in Southeast Asia.

In March, Grab acquired 100 percent of Uber Inc.'s business in Southeast Asia, making it the only ride-hailing firm that operates in the region, which is the third-biggest mobility service market after China and the United States.

Grab -- one of the most frequently used offline to offline mobile platforms in Southeast Asia -- has grown to provide access to transport, food and package delivery, mobile payments and financial services, beyond ride-hailing services.

Ming said Grab has no plan to enter the South Korean market, where Uber halted its peer-to-peer ride-hailing service, UberX, in 2015 due to legal issues, saying the market opportunity is very large in Southeast Asia.

"We think ride-sharing within Southeast Asia is the perfect sweet spot that we want to continue growing. And particularly with partnerships like Hyundai, I think this is a very exciting partnership for ride sharing," Ming said.

He said Grab is one of few startups in Southeast Asia with significant backing and support from South Korea.

In February, Samsung Electronics Co. signed a multi-year memorandum of understanding with Grab to develop customized solutions for the ride-hailing industry, including microfinancing schemes for Grab's over 2.3 million driver-partners, improved customer booking and in-car experiences and new mobility solutions.