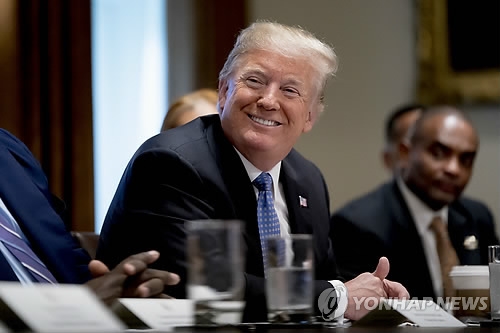 Sanders later told reporters that there are currently no plans for a second summit.

"Certainly open to that discussion, but there isn't a meeting planned," she said at a regular press briefing, adding that Trump has written a reply to Kim's letter.

"That letter will be delivered shortly," she said. "I can say that the letters addressed their commitment from their joint statement that was made at the Singapore summit and they're going to continue working together towards complete and total denuclearization."

The Washington Post, citing officials familiar with U.S. intelligence, reported this week that North Korea appears to be building up to two liquid-fueled intercontinental ballistic missiles.

Meanwhile, 38 North, a U.S. website monitoring the regime, said last month that satellite imagery pointed to the dismantlement of a missile engine testing site in line with Kim's verbal promise to Trump at the summit.

He also declared shortly after the meeting that North Korea's nuclear threat was now over, inviting backlash from critics who slammed the joint statement as lacking in substance.

Trump has maintained his optimism about North Korea's denuclearization, while saying there is no time limit on the negotiations.

In July, he revealed the full contents of another letter from Kim on Twitter.

The message expressed hope for the opening of a new future between the countries as agreed to during the summit.