The country's current account surplus came to US$7.38 billion in June, up from $6.94 billion in the black a year ago, according to the preliminary data from the Bank of Korea (BOK). From a month earlier, the June figure declined from an eight-month high of $8.68 billion.

The service account remained in the red, logging $2.45 billion in deficit for June, narrowing slightly from $2.69 billion a year ago.

In particular, the deficit in the travel account contracted on-year to $1.2 billion last month from $1.39 billion thanks to a growing number of arrivals from China and Japan.

The primary income account surplus improved to $460 million in June from $230 million in the previous month on increased dividend payouts.

The travel account deficit reached $8.5 billion, marking the second-largest half-yearly loss following $9.44 billion tallied in the second half of 2017.

It was mainly because the number of South Korean departures outpaced the number of foreign arrivals in the aftermath of a diplomatic row over the deployment of a U.S. missile system between Seoul and Beijing that started in March last year. 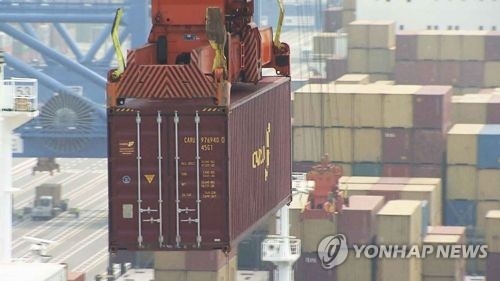