The operating profit of Samsung and LG, on the other hand, came to 790 billion won and 1.9 trillion won, respectively, over the period.

The operating profit-to-sales ratio came to 11 percent for LG Electronics in the first six months of 2018 for the industry, far outpacing Samsung Electronics' 3.9 percent posted over the same period.

Samsung, on the other hand, handily outpaced LG in the smartphone segment.

While Samsung's second-quarter performance of the smartphone division did not meet expectations, LG also continued to struggle to generate more earnings.

Samsung posted an operating profit of 6.4 trillion won in the January-June period for the mobile segment, compared with LG's loss of 321.5 billion won. 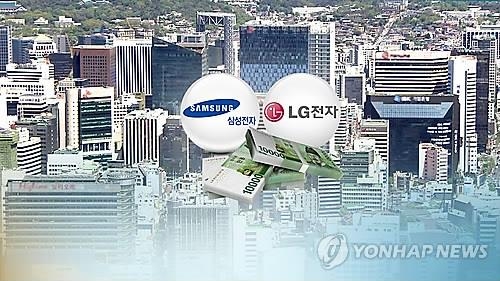