SEOUL, Aug. 3 (Yonhap) -- The country's biggest portal Naver has filed a civil suit worth 1 billion won (US$890,789) against a piracy site that illegally distributed its webtoons, IT industry officials said Friday.

The suit was formally filed on July 26 with the Seoul Central District Court against the operator of the site Bam Tokki, identified only by his last name Huh, according to the officials. Naver claimed that the number of subscribers to its paid-for webtoon service fell from some 19.7 million in May 2017 to 16.8 million a year later because of the piracy, causing immense damage to its business.

The portal said it will determine the exact amount of requested compensation as the suit proceeds.

Bam Tokki first opened in October 2016. It has since illegally uploaded some 90,000 strips of local webtoons and was able to make an additional 950 million won from shady advertisements, such as betting sites, as the number of subscribers increased. It had 61 million users and page views of over 137 million as of December last year. The page views exceeded Naver's 120 million as of then.

Webtoon Guide, which analyzes the industry, estimated that the country's 58 webtoon companies suffered more than 200 billion won in losses in April alone from piracy.

"We filed the suit as the representative of the webtoon platforms and authors," Naver said. "We will pursue operators of illegal sites to the end to hold them accountable and take legal action." 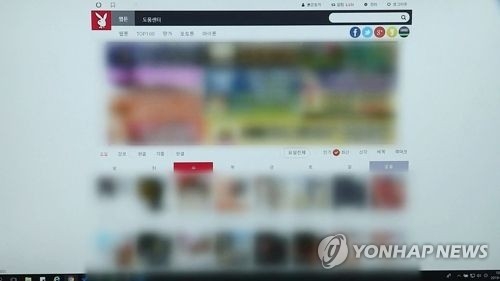