SEOUL, Aug. 3 (Yonhap) -- South Korea's labor ministry said Friday that the country's 2019 minimum wage will be set as earlier decided, rejecting calls from businesses for the sharp raise to be reconsidered.

The ministry posted next year's minimum wage in the government's official gazette, reaffirming the state-commissioned council's recent decision to hike the wage by 10.9 percent to 8,350 won (US$7.44) per hour after a 16.4 percent rise this year.

The move indicated that the government will not review it in response to complaints filed by the groups of conglomerates and smaller firms over a steep rise in the wage.

The labor and corporate circles can lodge complaints over the council's decision and the labor minister should request the panel to review it if there are deemed plausible reasons for objections.

The Korea Employers Federation, which represents the interests of the country's businessmen, said the rising minimum wage could place additional burdens on smaller firms and further worsen consumer sentiment.

The federation said the hikes could jeopardize the jobs of the working class -- the intended beneficiaries of the increased minimum wage -- and could raise consumer prices. 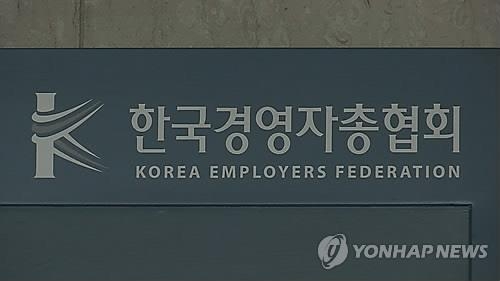 The ministry's decision was widely expected as the government has never reviewed decisions by the council on the minimum wage over the past 30 years.

But amid a heated controversy over the minimum wage, industry watchers have been watching what stance the labor ministry would take over the issue.

"The government has decided not to request the committee to reconsider its decision as the panel's move is presumed to be taken into account the current economic and job situations, as well as the need and difficulties facing the labor and corporate sectors," Labor Minister Kim Young-joo told a press briefing.

She said that the government will mobilize all available resources to help make the soft landing of the minimum wage hikes.

In his election promise, President Moon Jae-in vowed to raise the minimum wage to 10,000 won by 2020, but last month, he apologized to the public that it will be impossible to meet the target.

But a higher minimum wage has had the unintended effect of hampering job growth as smaller firms have dismissed many part-time workers. The government is studying ways to support small business owners to help them cope with the wage hikes.