The company is viewed as a pioneer in South Korea's cruise tourism, having initiated the business in 2010. It has since added services to Japan, China and Russia.

"South Korea is surrounded by the sea on three sides. Once the cruise business picks up, it will attract more travelers than airlines," Baek said in an interview with Yonhap. "Tourists will be able to reach not just Seoul but other regions of the country like the eastern Gangwon Province, Busan and Jeju, helping their local economies."

Despite a business history of over a decade, cruise trips are still unfamiliar in South Korea, Baek said. The number of people who have taken a cruise probably falls between 30,000 and 40,000, and only about 15,000 to 20,000 people have gone on luxury packages, he estimated. The CEO acknowledged that traveling by ship is costlier than an average package tour, necessarily so because a cruise vessel offers all facilities and services, from stage performances to restaurants, swimming pools, libraries and spas. 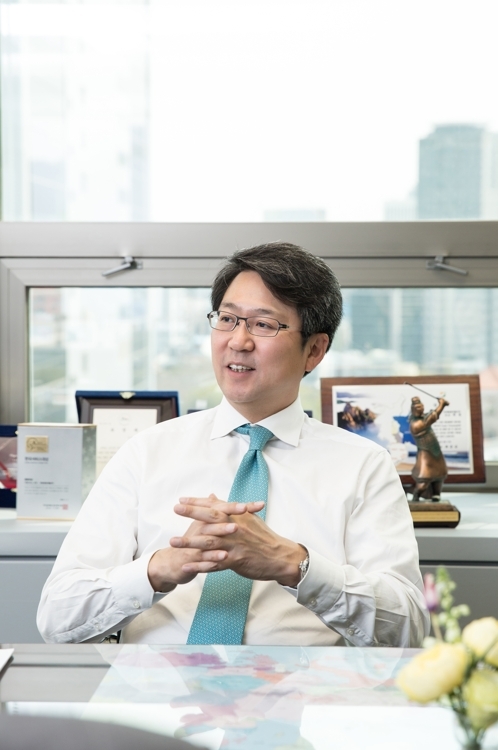 Baek pinned hopes on future North Korea routes that he said will be the catalyst for the cruise industry. Customers at home and abroad have expressed deep interest in traveling to the North, and a sizable number of foreign companies want partnerships on North Korea-related projects, he said.

"Foreign companies strongly want to be able to add a port call to North Korea if there is an opportunity. A big group tour to North Korea has limits, such as accommodations, but a cruise trip will solve those problems," Baek said.

"We can't talks about specific planning because of issues such as U.N. sanctions on North Korea, but if we can leave from Sokcho and stop at Wonsan, we would be able to visit Pyongyang," he said. Sokcho is a South Korean eastern coast city, and Wonsan lies on North Korea's east. "We can plan a connecting route to Vladivostok, Russia, Japan's Hokkaido and then to Jeju or Busan," Baek said.

Jeju is South Korea's southern island, and Busan is the country's largest port city, located in the southeast.

Government support is mandatory in making the cruise industry successful, Baek argued, complaining that government interest is too low. "More than 3,000 passengers come on a ship, but there isn't enough staff to handle customs, immigration and quarantine," he said.

The CEO's recommendation was for the government to have an organization that exclusively handles the cruise industry. "I also hope that regional governments will develop special programs for cruise travelers," the executive said.
(END)