The president began his summer vacation on Monday without disclosing his destination.

Photos released by Cheong Wa Dae showed the president and his wife have been staying at a military base near Daejeon, located some 160 kilometers south of Seoul. 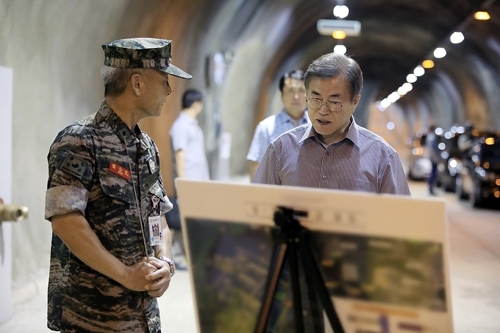 Moon appears to have spent most of his free time catching up on his reading while he and his wife made a short trip to a national forest in Daejeon on Thursday.

Cheong Wa Dae said the president has read at least three books while on leave.

They include "Human Acts," a novel by Man Booker International Prize winner Han Kang about the 1980 pro-democracy uprising in the southern city of Gwangju.

The two others are a U.S.-based Korean journalist's book about his reporting trips to North Korea, which is titled "Pyongyang Time Flows with Seoul Time," and a novel set in the late 1890s about people excelling in the board game Go, music, writing and painting, officials said.

The president is expected to return to work on Monday, though his five-day leave ends later Friday. 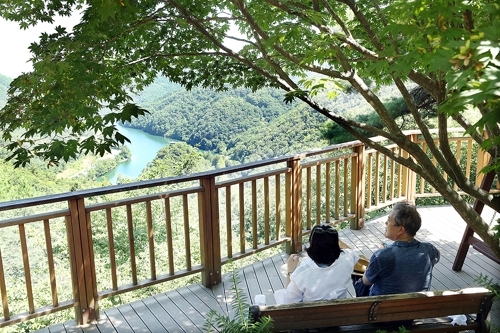 (LEAD) President Moon stays out of public eye while on leave

(LEAD) President Moon stays out of public eye while on leave