(ATTN: UPDATES throughout with confirmation from singer; ADDS photo)

SEOUL, Aug. 3 (Yonhap) -- Prosecutors said Friday they are investigating Shoo, a former member of popular '90s girl group S.E.S, on charges of borrowing hundreds of millions of won for gambling funds and not paying the money.

The 37-year-old member is suspected of having borrowed 350 million won (US$310,476) and 250 million won each from two people at a casino hotel in Seoul in June, they said. Details about her identity were withheld.

Prosecutors said they are considering investigating her not only on fraud but also on gambling charges.

A Korean national is not allowed to enter that casino, but she visited using her Japanese nationality.

Shoo confirmed during an interview with an Internet newspaper that she was accused of fraud charges.

"I happened to enter a casino at a hotel where I visited with my acquaintance to take a rest," she said in the interview. "I lost big money and ended up in debt because I didn't even know the rules of gambling, and the vicious circle was repeated when I couldn't pay the high interest ... Now I understand gambling is a scary thing. I pledge to pay back the borrowed money and cause no more trouble."

She is known to have enjoyed huge popularity in the 1990s when she debuted as part of the girl band. Since the group's disbandment in 2002, she has worked as a theater musical singer in Korea and Japan. She is now married with three children. 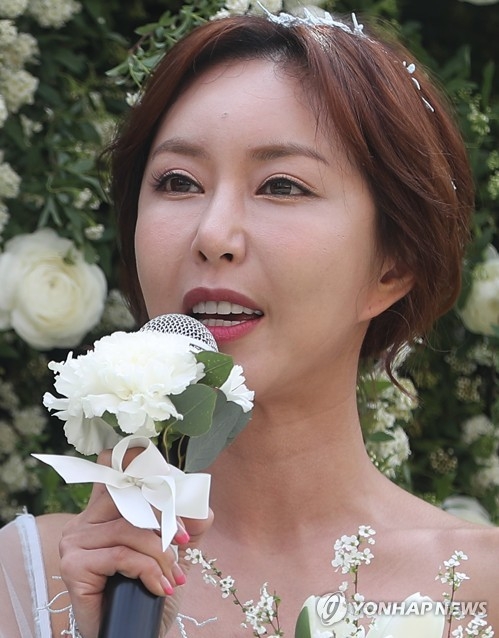