SEOUL, Aug. 3 (Yonhap) -- Singer-actor L from the boy band INFINITE will meet his international fans in Thailand, Taiwan and the United States after holding his first fan meeting in his home country, his agency said Friday.

"L will meet his overseas fans after successfully completing a 'fan-meeting' event for Korean fans on July 15," Woollim Entertainment said in a release.

The star, whose real Korean name is Kim Myung-soo, will continue the fan meetings in Bangkok on Aug. 11, Taipei on Sept. 23 and New York on Sept. 30.

Most recently, he played a young judge in the JTBC TV series "Miss Hammurabi." 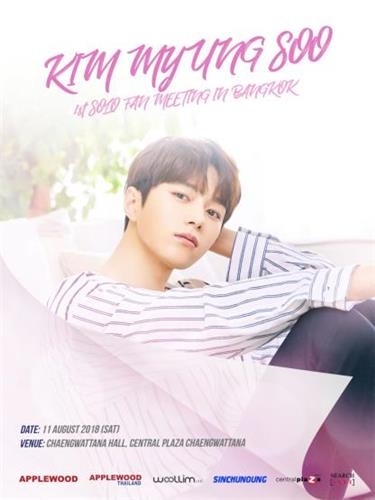