SEOUL, Aug. 3 (Yonhap) -- K-pop diva HyunA has confirmed that she has been dating a member of her project group for two years.

HyunA and E'Dawn, one of the two male members of the K-pop trio Triple H, first met three years ago, and they became close in 2015 while they collaborated for the stage performance for her solo work "Roll Deep."

"We've been going out with each other for two years," the couple told Yonhap News Agency late Thursday, confirming media rumors over their relationship. Their agency, Cube Entertainment, had initially denied the relationship.

"We know this would result in some kind of labelling, but we thought it would be hard to look straight into the eyes of our fans (without being honest)," they said.

"So we decided to be honest with our loving and supporting fans and come to the stage with confidence." 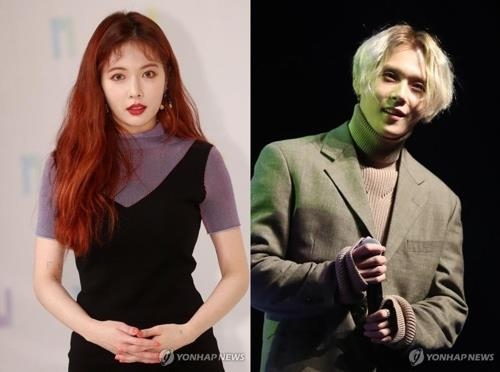 "We started dating in May 2016 after I got to know E'Dawn while he was a trainee," the 26-year-old HyunA said. "We entered into a relationship as we worked together for music pieces," she said.

It is HyunA's first publicly announced romance since she debuted in 2007 as part of the initial lineup of the now disbanded girl group Wonder Girls. She moved to another girl band, 4minute, in 2009 and also started to build a career as a soloist before the team disbanded in 2016.

"We've been talking a lot about music and started to compose songs together. Although he did not appear on the credits lists of my albums, E'Dawn has been helpful with the details," HyunA noted. "What we decided together is that we be honest with people who have been supportive. I also want to make my utmost efforts onstage so I can be responsible for our decision."

The 24-year-old E'Dawn, whose real name is Kim Hyo-jong, said, "I was sorry for any influence (the disclosure of our relationship) could have on our team, so I told the other member about this." He was referring to the member Hui.

"I am also sorry for our fans, but I will make up for this by putting more efforts into our music performances," he noted. E'Dawn is also a member of Cube Entertainment's boy band Pentagon, which debuted in 2016.

The trio Triple H was formed last year and is currently promoting their second record "Retro Future," released in July. 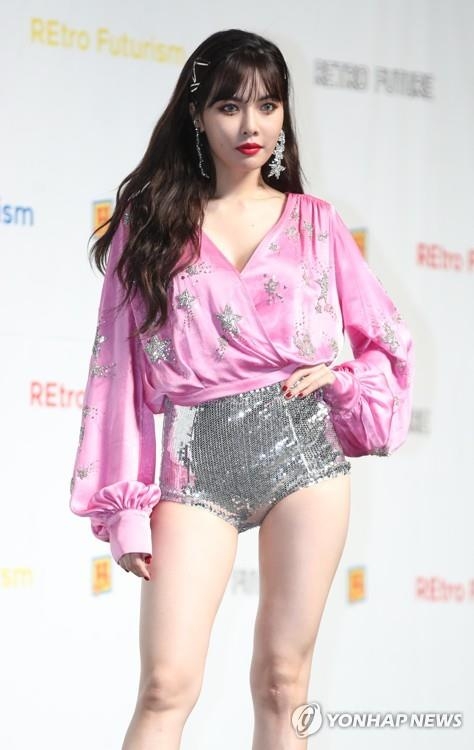