SEOUL, Aug. 3 (Yonhap) -- Former President Lee Myung-bak, who is standing trial on a string of corruption charges, returned to jail Friday after five days of treatment for his chronic illnesses at a local hospital, correctional authorities said.

Lee was treated at Seoul National University Hospital starting Monday. He received treatment for sleep apnea and diabetes, according to the authorities.

The former president, who led the country from 2008 to 2013, has been under presentencing detention at the Seoul Eastern Detention Center since March on multiple charges that include receiving 11 billion won (US$9.82 million) in bribes. 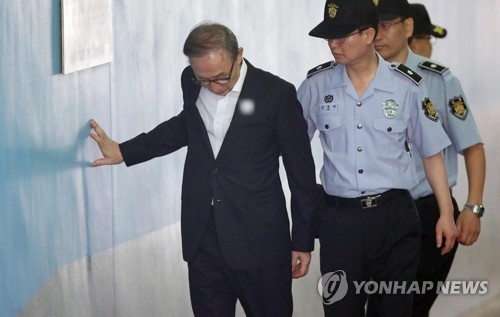