"The weather is too nice," Psy screamed out as he appeared onstage for the first leg of his three-day Seoul show at Jamsil Sports Complex amid the continuing hot spell in Seoul and across the country.

Some 25,000 fans who gathered for the summer spectacle stomped and cheered as Psy opened the show with a medley of his hit songs, including "Right Now," "Champion," "Bird" and "What Would Have Been." 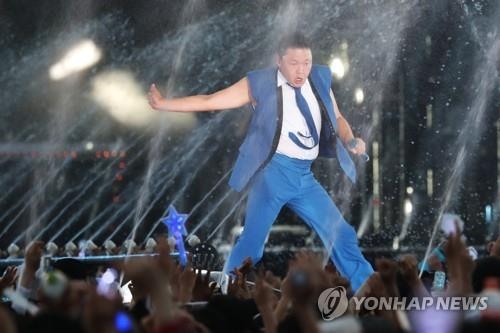 Buckets of cold water were splashed onto the house during the medley, spectators erupting in shrieks of excitement and hilarity. Some fans shouted "More water!"

A group of surprise guest singers -- Tiger JK and Yoon Mi-rae, as well as rapper Bizzy -- whipped up excitement with hip hop tunes.

Psy returned with another medley of "I Luv It," "Gentleman," "Daddy" and other famous melodies before ballad singer Seong Si-kyung wove a streak of mellowness with a series of his own hit songs.

The sensational global hit song "Gangnam Style" propelled the spectators into roaring dancing and yelling near the end of the three-hour show. Fireworks burst in the air.

The show drew fans from a wide range of generations, spanning from teenagers to a senior couple in their 70s. Former United States Ambassador to South Korea Mark Lippert was spotted in attendance.

The summer show kicked off in the southern port city of Busan on July 21. The event will run from Friday to Sunday in Seoul before hitting Daejeon, Incheon and Gwangju on Aug. 11, 18 and 25, respectively. 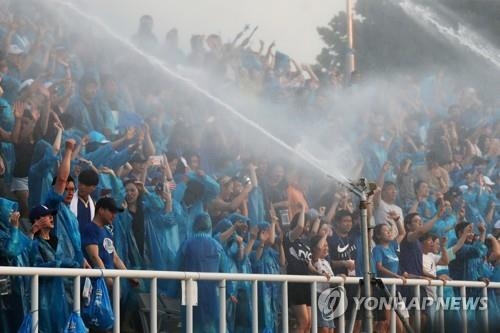 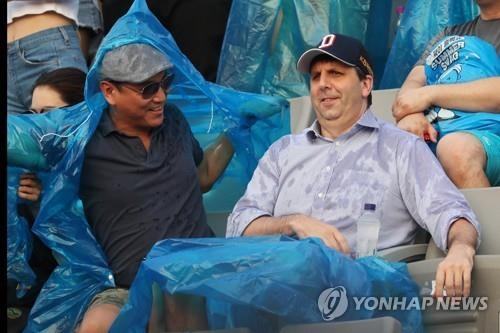