SEOUL, Aug. 4 (Yonhap) -- Pittsburgh Pirates' South Korean infielder Kang Jung-ho has undergone wrist surgery that will sideline him for up to six weeks, his club announced.

The Pirates said Friday (local time) that Kang had the procedure to debride cartilage in his left wrist, and the typical recovery time is four to six weeks.

Sources close to Kang said earlier that Kang would miss the rest of the season after the operation.

Regardless of Kang's exact recovery time, it's the latest blow to what once seemed to be a promising big league career. 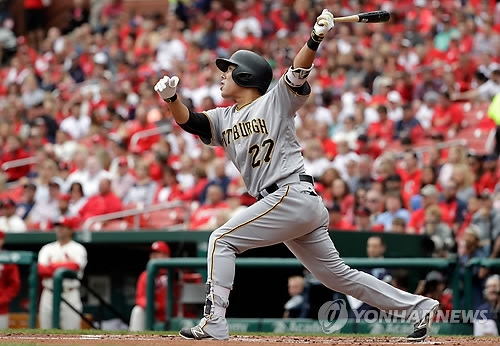 The 31-year-old missed the entire 2017 season with legal trouble in Seoul. Kang was arrested and charged with fleeing the scene of an accident after driving under the influence of alcohol in Seoul in December 2016. It was his third DUI arrest in South Korea, and he received an eight-month jail term, suspended for two years, in March 2017. He lost his appeal two months later.

Though he avoided prison time, Kang was denied a U.S. work permit after his arrest and was unable to enter the United States to play for the Pirates. He got his visa in April this year.

He joined the Pirates' Advanced A affiliate, the Brandenton Marauders, in early June, and batted .417 with three homers and 11 RBIs in seven games before earning a promotion to the Triple-A Indianapolis Indians.

In nine games with the Indians, Kang batted .235 with five RBIs and no homers, and was placed on the disabled list on June 27 with left wrist sprain. The Pirates said Kang first experienced discomfort on June 20.

He was scheduled to play in a rehab game on Tuesday but suffered a setback that kept him sidelined.

According to MLB.com, Pirates director of sports medicine Todd Tomczyk said that Kang was dealing with "recurrent" symptoms in his left wrist. Kang decided to have surgery Thursday, and the Pirates expedited the process to have it done Friday.

Tomczyk told MLB.com that Kang was dealing with a soft-tissue injury caused by a "buildup over time," rather than one specific swing or play.

Though Kang could return to the field by mid-September by the club's estimate, the Pirates aren't counting on him to help them in 2018.

Kang, a former All-Star shortstop in the Korea Baseball Organization (KBO), has mostly played third base in the majors. But the Pirates now have Colin Moran and David Freese splitting time at third base, and Jordy Mercer playing regularly at shortstop.

"It would be a great addition if he's healthy and Jung-ho again," general manager Neal Huntington said last Sunday. "But it's not something we're counting on or dependent upon." 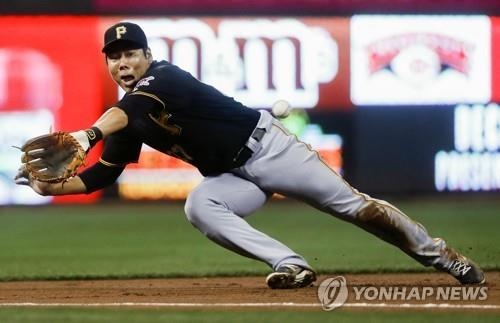 Kang signed a four-year, US$11 million deal before the 2015 season, with a $5.5 million team option for the fifth season. He is the first South Korean position player to jump from the KBO to the big leagues.