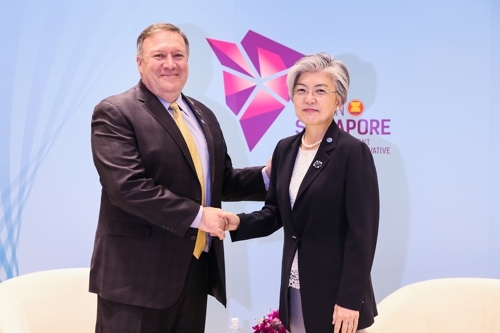 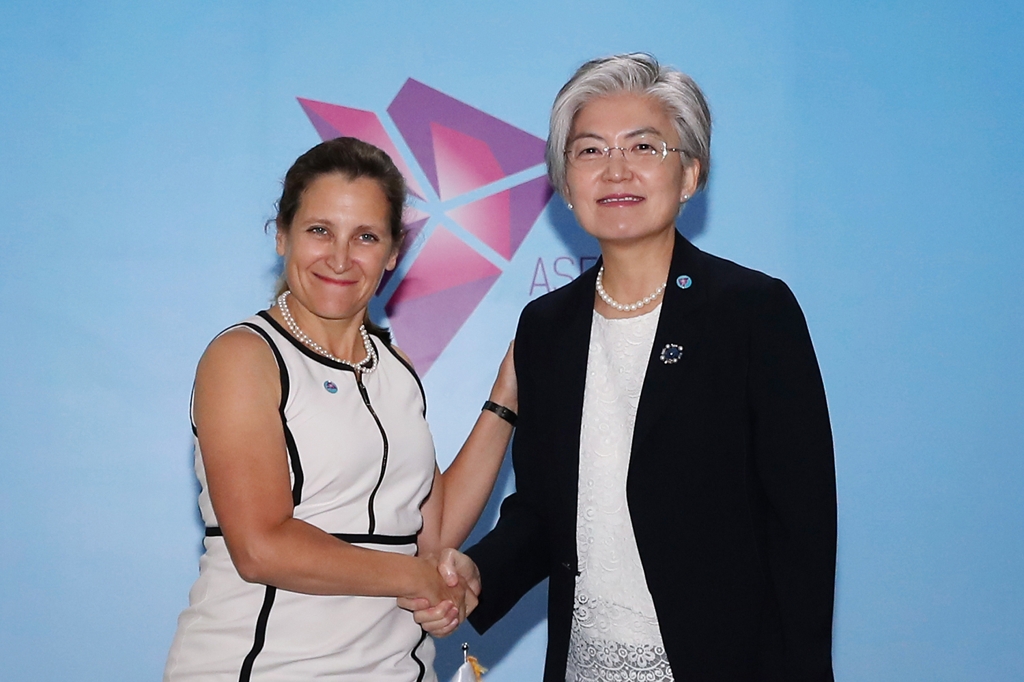 She expressed her gratitude for Canada's support for the Korea peace process and requested a constructive role.

Freeland pledged Canada's continued backing and invited Kang to take part in the inaugural female foreign ministers' meeting to be held in Montreal in September. 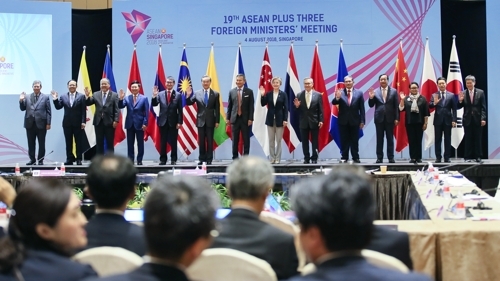 The APT is a forum of the ASEAN members and their three Northeast Asian partners: South Korea, China and Japan. The EAS is joined by the United States, Russia, India, Australia and New Zealand.

The ARF has 27 members, including the European Union, and its annual session is hosted by the rotating chair of the ASEAN bloc.