SEOUL, Aug. 4 (Yonhap) -- South and North Korea have exchanged the final lists of their people who will take part in the planned family reunions later this month, the unification ministry said Saturday.

The two Koreas exchanged the lists with each other at the border village of Panmunjom. They earlier agreed to hold the event involving 100 people from each side, but the final numbers were not immediately available.

The families separated by the 1950-53 Korean War are scheduled to meet at North Korea's Mount Kumgang from Aug. 20-26, according to the Ministry of Unification.

The event is a follow-up on the pledge made at the summit between South Korean President Moon Jae-in and North Korean leader Kim Jong-un in April. It will mark the first of its kind since October 2015. 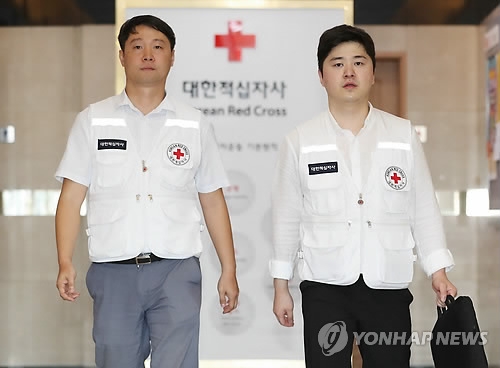 Koreas exchange names of separated families ahead of reunions

Koreas exchange names of separated families ahead of reunions