The finance ministry predicted that the country's tax burden will likely reach record levels as more dues are being collected from the rich and big businesses.

Seoul has said the money collected will be used to bolster the country's social welfare infrastructure and help reduce the gap between the rich and poor that can generate more consumption and lead to sustainable economic growth.

"With the country's GDP estimated at 1,799.6 trillion won, the tax burden ratio will come to 20.28 percent if all forecasts are met," an official said. "Increases in tax earnings are expected to outpace money to be used by the government on earned income and child tax support systems, with the result being overall tax burden numbers staying above 20 percent, at least for the near future."

Related to the level of tax burden that affects everyone's lives, there are growing calls by some that the general public needs to sign off on polices being pursued by policymakers.

"Since taxes impact everyone and their wealth, there is a need to keep everyone well-informed on such matters that can naturally lead to debate on the appropriate level of social welfare and how much dues should be collected," said Ahn Chang-nam, a tax professor at Kangnam University. 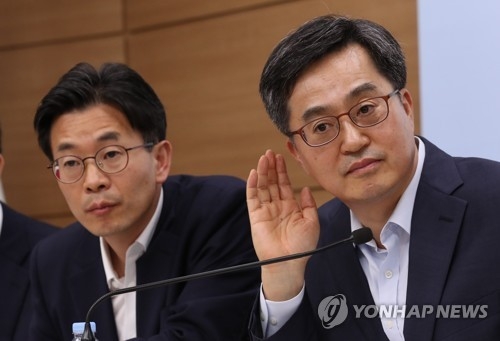 The government too said it is aware that it has to secure public consensus with even Kim Dong-yeon, the country's finance minister conceding that tax issues need to be approached in a careful manner.

On the other hand, a report by the National Assembly Budget Office said that the average tax burden for the Organization for Economic Cooperation and Development (OECD) stood at 25 percent in 2015, making Seoul's numbers one of the lowest among developed market economies with high income.

In that year, the country's tax burden ratio reached 18.5 percent, placing it the 33rd lowest among 35 member states checked.

Local advocates of collecting more taxes said that taking into account broad factors, the country's current tax burden should be at around 22 percent at present.
(END)