SEOUL, Aug. 5 (Yonhap) -- Shipments of soju, a distilled Korean liquor, to Southeast Asian countries rose sharply in the first half of this year thanks to the expansion of the Korean wave in the region, a liquor maker said Sunday.

Overseas sales of soju products made by Hite Jinro Co. in Vietnam, Cambodia, Thailand and other Southeast Asian countries reached US$5 million in the first six months of the year, up 51.5 percent from $3.3 million a year earlier, according to the company.

"In Southeast Asia, young people are interested in Korean drinks and food as the Korean Wave of dramas and movies have been gaining popularity among them," said a representative from Hite Jinro, whose flagship soju brand Chamisul is known for its iconic 360-milliliter green glass bottle. "We expect our soju exports to Southeast Asia to touch $10 million by the end of this year." 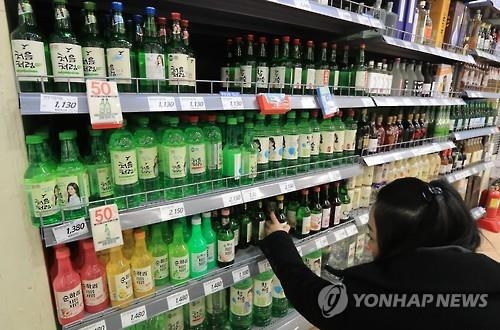 Soju sales in Southeast Asia hit US$5 mln in H1

Soju sales in Southeast Asia hit US$5 mln in H1