Sources said the world's largest maker of semiconductors and smartphones is relocating its Washington, D.C. office right next to Capitol Hill so as to make it easier to make contact with U.S. lawmakers.

Data by the Center for Responsive Politics (CRP), a U.S. nonprofit, nonpartisan group that keep tabs on lobbying efforts, said Samsung spent US$2.21 million in the first half to get its message across to American legislators and those in government.

This it said represents a 50 percent spike from $1.47 million spent for the same period last year. If this trend continues, total money spent on lobbying will exceed the record high $3.41 million tallied for 2017 and far higher than the less than $1 million on average used annually before 2012.

According to data released by Samsung, most of the lobbying efforts were centered on lawmakers in the House of Representatives and the Senate, but efforts were made to engage in dialogue with the commerce department, the White House and the United States Trade Representative as well.

The total placed the company ninth among businesses from around the world to lobby lawmakers and policymakers. No. 1 was Microsoft Corp., followed by Qualcomm and Apple Inc.

"In the past, Samsung usually concentrated its lobbying efforts on intellectual property rights, but starting last year after Trump took office, it has focused on general trade issues," said a trade industry insider here, who declined to be identified.

He added that reflecting this change and growing importance of trade policies, Samsung will open a 2,650-square-meter office building about a three- to five-minute walk from the Capitol building by the end of the year.

"The location will allow Samsung to respond more swiftly to developments taking place in Washington that can affect its business situation in the world's largest economy," the expert said. 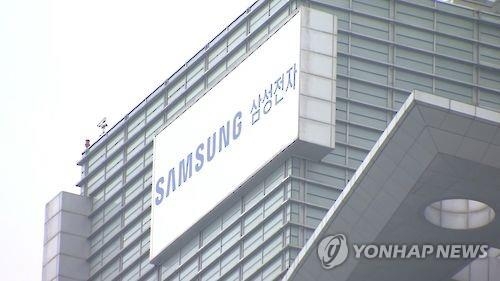