SEOUL, Aug. 5 (Yonhap) -- South Korean exports to Iran, which have already contracted 15.4 percent in the first half of the year, are expected to take a further hit as U.S.-led sanctions go into effect, local industry sources said Sunday.

The United States announced on May 8 that it will restrict trade with the Islamic state, citing dissatisfaction with the Joint Comprehensive Plan of Action reached in 2015, and gave a grace period of 90 days or 180 days depending on the type of goods.

Products like autos, gold, steel and coal are on the list of products that will be sanctioned starting Monday, with countries that fail to comply with Washington's rules to be subject to so-called secondary sanctions that can impact its trade with the world's largest economy.

"South Korean companies have been slowly dialing back transactions with Iran ever since the U.S. started pressuring the Middle East country," a trade industry analyst said.

Asia's fourth-largest economy shipped out $6.25 billion worth of goods to Iran in 2012, when there was no sanctions in place, with the total sliding to $4.48 billion in the following year when the U.S. took actions against Tehran's nuclear development program.

Exports continued to fall through 2016 before rebounding last year with the lifting international trade embargo against the oil-rich country.

KITA and trade experts here said that while restricting the exports of cars and other products is painful, it wouldn't compare to problems that could arise if limits on the oil trade go into effect on Nov. 4. South Korea imports almost all of its crude from abroad, with most coming from countries like Iran and Saudi Arabia.

Under the previous Barack Obama administration, Seoul was able to get a partial waiver so it was able to buy oil to a certain extent from Iran, but official sources, who are engaged in talks, said that Washington under President Donald Trump is asking for more cuts.

South Korea imported some $3.28 billion worth of oil from the country in the first six months of the year, already down 18.5 percent from a year earlier.

"If Seoul cannot buy oil, it will be very hard for bilateral transactions to continue going forward," a KITA insider said. 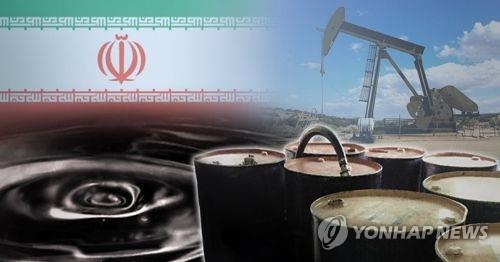