SEOUL, Aug. 5 (Yonhap) -- Kia Motors Corp., South Korea's No. 2 automaker, said Sunday that it has handed over two secondary schools to African nations as part of its social outreach program.

Under the Green Light Project, the carmaker built one school in Zavala, southeast Mozambique, and another in Lilongwe, the capital city of Malawi, in 2013.

The schools were set up to provide more educational opportunities for locals living in the Southeast African nations and highlight the carmaker's efforts to give back to society.

Five years after the project was started, Kia Motors said it handed over the school to local people in Zavala and Lilongwe to help them run school programs and curriculum on their own. 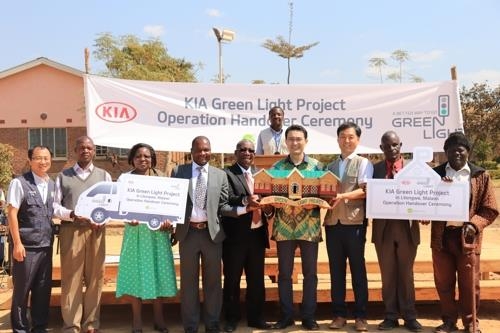