SEOUL, Aug. 5 (Yonhap) -- The floor leaders of three major parties are pushing for a trip to Japan early next month as part of their bipartisan efforts to support ongoing diplomacy to foster a lasting peace on the peninsula, a ruling party source said Sunday.

"The senior lawmakers are seeking to visit Japan to meet with ruling and opposition party lawmakers in Tokyo and government officials, as it is an important period for diplomacy and security," a source from the Democratic Party told Yonhap News Agency on condition of anonymity.

Following the Japan visit, the floor leaders will likely visit other major countries, such as China and Russia, later this year, another source familiar with the issue said.

Stepped-up diplomacy by the lawmakers comes amid Seoul's push to denuclearize North Korea and foster a lasting peace on the peninsula. 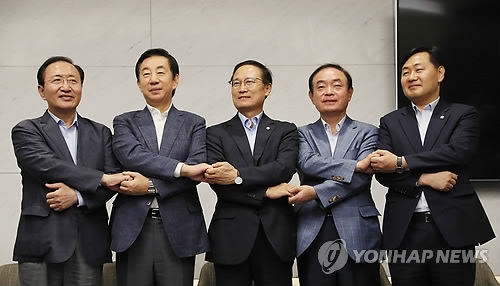