According to CEO Score, the conglomerate's flagship Samsung Electronics Co. accounted for 93.5 percent of combined operating profits in the six months of this year that stood at 32.62 trillion won (US$28.94 billion).

The numbers are from the 12 affiliates that reported their earnings in the January-June period.

Of the total, the world's largest producer of semiconductors and smartphones accounted for a little over 30.51 trillion won with some 2.1 trillion won coming from the other companies. 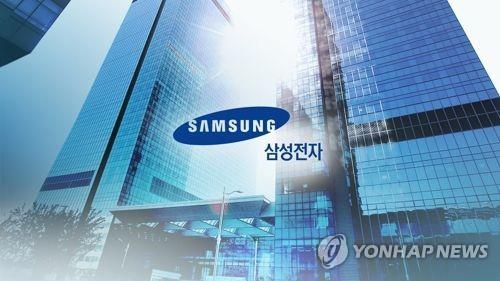 The online corporate productivity evaluation site said that while Samsung Electronics still made up over 90 percent of all earnings for the business group, the numbers were down from 94.8 percent tallied in 2017.

It said that while operating profits of Samsung Electronics actually gained 27.3 percent on-year, other affiliates also did very well, helping the balance to some degree.

Companies like Samsung SDI Co., an industrial energy material business, posted 224.8 billion won in operating profits in the first half from 61.9 billion won in the red last year.

Despite the modest realignment in terms of contribution, the research firm said there is no denying that South Korea's largest family-run conglomerate is dependent on Samsung Electronics, with its device solutions division that includes semiconductors, generating the bulk of earnings.
(END)