BUSAN, Aug. 5 (Yonhap) -- South Korea's Kori No. 4 nuclear reactor was back at full capacity after workers fixed a leak in one of its safety valves, the country's atomic energy company said Sunday.

Korea Hydro & Nuclear Power Co. (KHNP) said the 950,000 kilowatt reactor underwent repairs after problems were found in the main steam isolation valve. The oil is used to actuate the valve that can swiftly cut off steam going to the turbines if the need arises.

The leak caused by a ring assembly was found around 5 a.m., with power output from the reactor being lowered after 1 p.m.

KHNP said the reactor is in stable condition with no signs of other problems being detected. It said that because the matter is a minor mechanical issue, once the ring is replaced and engineers determine that there are no more oil leaks, the reactor output will be raised to normal.

The Kori 4 unit underwent 13 months of inspections and went online in April 14, the state operator said. 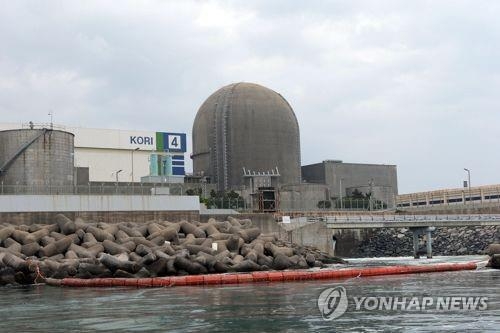 (LEAD) Kori No. 4 nuclear reactor back at full capacity after repair work

(LEAD) Kori No. 4 nuclear reactor back at full capacity after repair work