SEOUL, Aug. 5 (Yonhap) -- South Korea's action fantasy film "Along With the Gods: The Last 49 Days" is on course to set a ticket sale record for the nation's movie industry, with its total sales exceeding 6 million on Sunday, just 5 days after release.

The sequel to the 2017 box office smash "Along With the Gods: The Two Worlds" is the first South Korean movie to break the 6 million mark in five days, according to distributor Lotte Entertainment.

Its ticket sales stood at 1.46 million on Saturday, marking the biggest single-day sales for the country's movie industry.

While the first installment of the "Along With the Gods" series revolves around a firefighter named Ja-hong (played by Cha Tae-hyun) and his family as he is judged in seven hells for 49 days after his death, the second film focuses on the pasts of the three grim reapers from the first film, played by Ha Jung-woo, Ju Ji-hoon and Kim Hyang-gi, who were human beings some 1,000 years ago. 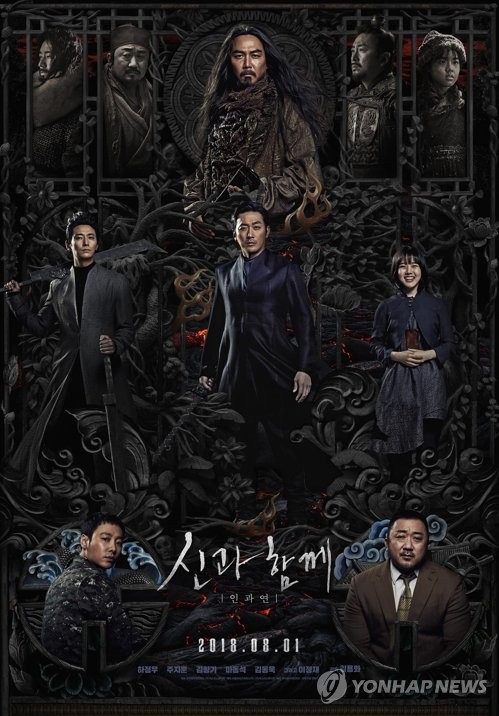