The K-pop boy band is taking part in the Korea Tourism Organization's new promotional video series under the theme of "Korea asks you: Have you ever?" it said.

Starting with a teaser video released earlier in the day, the tourism promotion agency plans to showcase the clips via various channels, including YouTube and Facebook, through the end of this year. 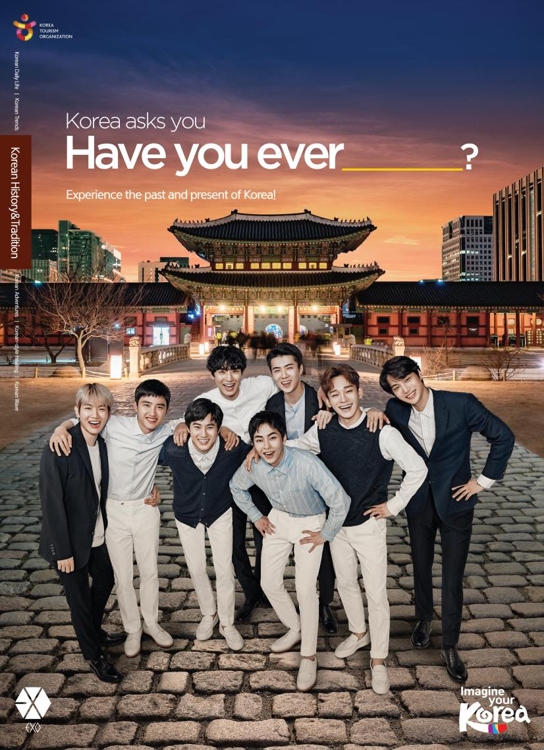