SEOUL, Aug. 6 (Yonhap) -- The military will launch a team Monday to prepare for the creation of a new command to supplant the scandal-ridden defense intelligence unit, long dogged by allegations of political interference, a defense ministry official said.

The launch is in line with President Moon Jae-in's order last Friday to dissolve and reorganize the Defense Security Command (DSC) following revelations that it explored the possibility of imposing martial law to quash anti-government protests last year.

Lt. Gen. Nam Young-sin, the newly appointed commander, will lead the team tasked with crafting legal frameworks and carrying out other preparatory procedures for the new command with a name roughly translated as the "military security support command."

"The preparatory team for the launch of the military security support command will set sail today," the official said on condition of anonymity.

In line with the defense ministry, the number of the defense unit's personnel is expected to be slashed by 30 percent to around 3,000. The drawdown will lead to the removal of three general-grade posts and 20 colonel posts in the unit.

The DSC has been the focus of public opprobrium due to political allegations. Most recently, it has been upbraided for its alleged creation of a document over the potential invocation of martial law to quash protests calling for the impeachment of then-President Park Geun-hye. 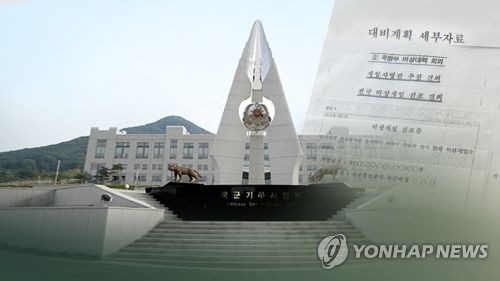 Preparatory team for new command to be launched

Preparatory team for new command to be launched