Korean Air plans to deploy the B787-9 to provide five flights per week on the Incheon-Boston route beginning April 12, the company said in a statement.

Under the business partnership, Delta Air will allocate its B777-200ER to serve on the Incheon-Minneapolis route on a daily basis from April 2, it said.

On May 1, the two airlines launched a joint business that permits Korean passengers to use multiple routes when traveling to the United States by availing themselves of flights offered by either Korean Air or Delta Air.

The partnership has allowed local travelers to fly on 370 routes to 192 cities in the U.S. since May. Until April, Korean Air customers leaving the country could only enter the U.S. for travel or business trips at a handfuls of airports in places such as New York, Los Angeles and Atlanta. 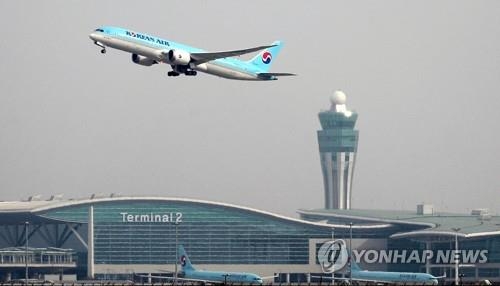 Korean Air to open route to Boston in April

Korean Air to open route to Boston in April