The team will begin operation on Wednesday with some 40 members, including 10 civilian experts recommended by the bereaved families and others selected by several state agencies such as the police and the land, infrastructure and transport ministry. It will be led by Kwon Jae-sang, emeritus professor at the Air Force Academy.

Soon after the crash, military authorities launched a joint investigation team involving officials from the Marine Corps, Navy, Air Force, Defense Agency for Technology and Quality (DATQ) and the Army's aviation operations command. But they later excluded three DATQ officials from the team, citing the possibility of a conflict of interest.

The team will be subsumed into the new team set to be launched this week.

The investigators are said to be putting more weight on technical defects, rather than human error, as the more likely cause of the crash because the chopper's rotor blades were separated from the fuselage just four to five seconds after takeoff.

The Marines received the helicopters in January for transporting its service members and equipment. The Marines had planned to introduce a total of 28 Marineons by 2023. Following the accident, the Marine Corps and Army have grounded all Marineons and Surions. 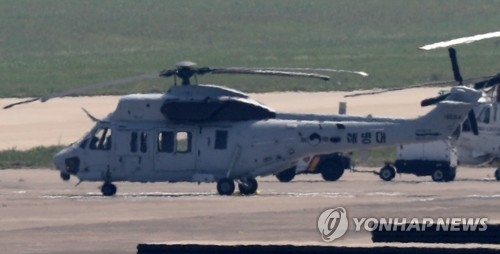