The new post was created a few weeks earlier amid growing public concerns over the planned rise in the minimum wage.

The proposed increase will follow a 16.4 percent on-year spike that went into effect at the start of this year. 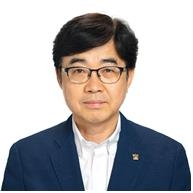 In, a native of Incheon, has served as the head of the coalition of small and medium-sized enterprises and self-employed businesses, according to Cheong Wa Dae.

The 55-year-old was one of six new presidential secretaries named in the first major reshuffle since Moon took office in May 2017.

The others included Kim Young-bae, a member of the ruling Democratic Party and former head of Seoul's Seongbuk District Office, who was named the new presidential secretary for policy coordination.