SEOUL, Aug. 6 (Yonhap) -- South Korea's financial watchdog said Monday it has signed an agreement with the Asian Development Bank (ADB) to forge closer cooperation in the fields of consumer protection and sustainable financing.

The agreement was signed earlier in the day between Financial Supervisory Service (FSS) Governor Yoon Suk-heun and ADB President Takehiko Nakao in Manila, the FSS said in a statement. 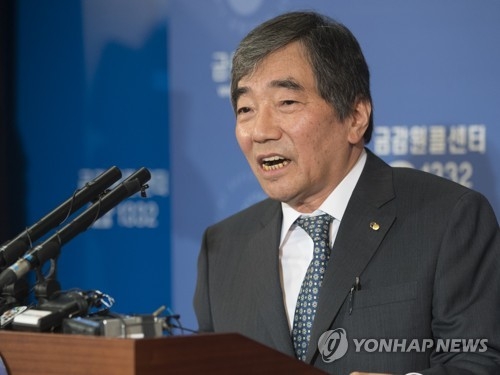 The agreement also calls for the two institutions to strengthen cooperation in the sectors of financial technology and inclusive financing, according to the statement.

Mainly funded by Japan and the United States, the ADB was set up in 1966 to promote development in Asia. It currently counts 67 members.

Last year, the ADB approved US$19.1 billion worth of loans and grants, up 9 percent from a year earlier, according to the ADB's website.