Head coach Yang Dal-sik said Monday he believes his athletes can grab up to eight gold medals out of 12 disciplines in fencing at the Aug. 18-Sept. 2 Asian Games in Jakarta and Palembang, Indonesia.

The fencing events are the team and individual epee, foil and sabre for both men and women. 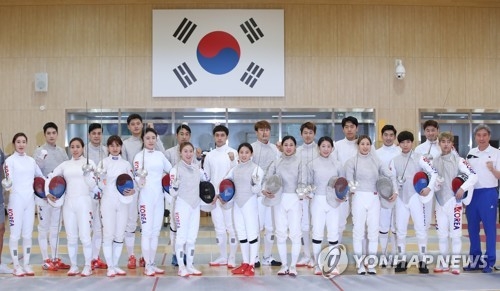 "If anything, I am worried that our confidence may be running a bit too high," Yang told reporters during the national team media day at the Jincheon Training Center in Jincheon, 90 kilometers south of Seoul. "As long as these fencers do what they're capable of, I think we can meet our goal."

Yang and his charge have plenty of reason for optimism. At the world championships in Wuxi, China, last month, South Korea had its best-ever showing by finishing second overall behind Italy with two gold, two silver and three bronze medals. Italy and South Korea had the same number of total medals, but Italy claimed two more gold medals.

In the women's events, the epee team won silver and the sabre team got bronze.

South Korea was the only country to reach at least the semifinals in every team event at the worlds. In the current world rankings, South Korea is in top five in every discipline. The men's sabre and men's epee teams are both ranked No. 1, and the women's epee team is No. 2. 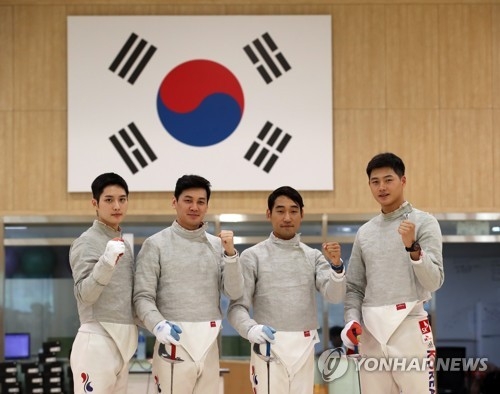 South Korea also led all nations in fencing gold medals with seven in Guangzhou, China, in 2010.

"We've been getting into about 10 international events each year, and gaining experience that way has been really crucial," Yang said. "We couldn't have improved if we had been just competing at domestic events."

The fencing competition begins on Aug. 19, one day after the Asian Games opening ceremony. Yang said his athletes will try to set the tone for the rest of the delegation.

"On hot summer nights, we'll try to give the people something to cheer about," the coach added.