WANDO, South Korea, Aug. 6 (Yonhap) -- The municipality of Wan Island off South Korea's southern coast will reconstruct a shrine dedicated to two Chinese admirals of the Ming Dynasty in honor of their contribution to helping repel the 16th-century invasion of Japanese troops along with Admiral Yi Sun-shin of the Joseon Dynasty, it said Monday.

Reconstruction of the Shrine of Guan Yu, a general from China's Three Kingdoms period in the third century, is scheduled to begin on the island of Myodang in Wando, South Jeolla Province, this month for completion in March next year.

The shrine, to be built on a site of 2,400 square meters and with an investment of 2 billion won (around US$1.7 million), will enshrine Chinese admiral Chen Lin and his subordinate Deng Zilong as well as the Chinese military god Guan Yu and the Chinese sea goddess Mazu.

The reconstruction project is part of the municipality's efforts to pay tribute to Chen and Deng, who were dispatched to fight the invading Japanese troops with Yi, a legendary Korean naval commander and national war hero.

During Japan's invasion of the Korean Peninsula, Admiral Chen had a shrine of Guan Yu built on Myodang Island, which was also home to headquarters of Yi's naval forces. After the war, also known as Hideyoshi Invasion of Korea, the shrine enshrined Yi, Chen and Deng together before being demolished during Japan's 1910-45 colonial rule of Korea.

Currently, the shrine, named Chungmusa, is dedicated to only Yi and a stone monument to a shrine of Guan Yu, built in 1713, stands near Chungmusa.

Chen, who survived the war, returned home and one of the Chinese admiral's grandsons defected to the Haenam region near Wando, with his descendants now spread out in the region and other places in South Korea.

Deng Zilong took part in the 1598 battle of Noryang, where he was killed alongside the Korean war hero.

An official at the municipality expressed hope that "the reconstruction of the Guan Yu Shrine through authentication works will give us a boost to draw not only descendants of Chen Lin and Deng Zilong but also Chinese tourists to our region."

President Moon Jae-in referred to the municipality's project during a lecture at Peking University in December last year, when he made a state visit to China, saying that about 2,000 descendants of Admiral Chen Lin live in South Korea.

Chinese President Xi Jinping also mentioned the descendants of the admiral who fought with Admiral Yi Sun-shin at the battle of Noryang when he visited the Seoul National University in July 2014, highlighting the historical closeness between the two neighboring countries. 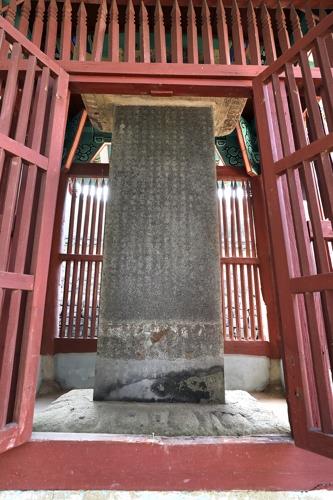 Wando municipality to implement project to in honor of Korean, Chinese war heroes

Wando municipality to implement project to in honor of Korean, Chinese war heroes