SEOUL, Aug. 6 (Yonhap) -- South Korea's presidential office Cheong Wa Dae has published a selection of President Moon Jae-in's speeches, offering an overview of Moon's activities over the past year, as well as insight into his governing philosophy.

The book is available both in English and Korean, and in hard copy and e-book format, though they are not for sale.

"We hope the book may help better understand the first year of the Moon Jae-in administration," he added, according to Cheong Wa Dae.

Both the Korean and English e-books are available for free download at the Cheong Wa Dae website, www.president.go.kr. 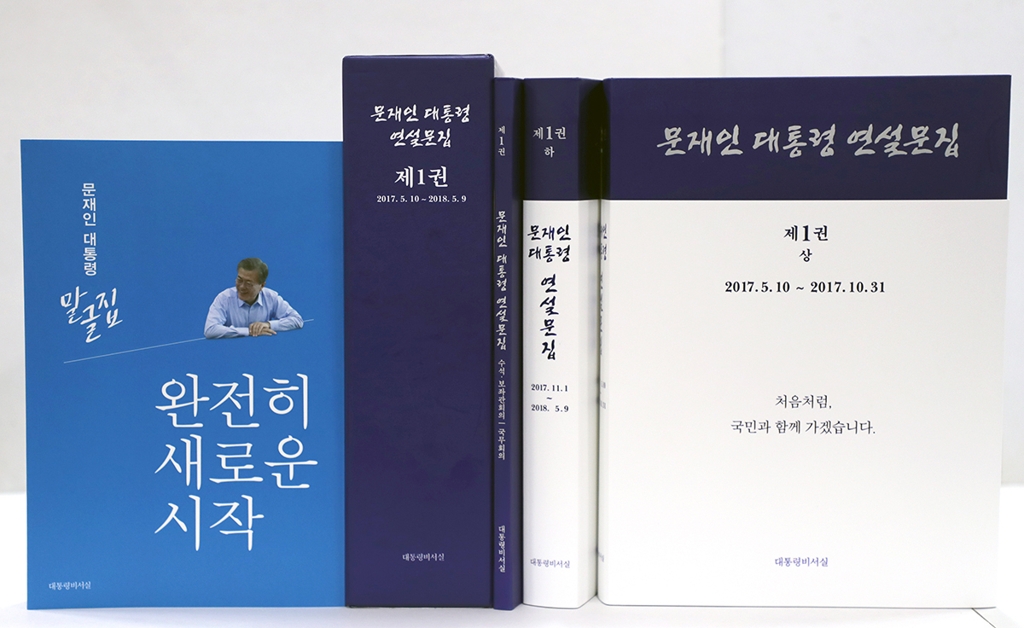