South Korea consumed 534 terawatt hours (TWh) last year, up 2.3 percent from the previous year, according to the Europe-based Enerdata. The country's ranking in terms of the volume of power consumption also rose from eighth the previous year. The ranking was ninth in 2015.

The speed of consumption increase was among the highest, the same data showed. The average annual rate of increase since 2000 was 4.3 percent, second only to Turkey among member states of the Organization for Economic Cooperation and Development. Turkey's average was 5.5 percent.

In global terms, South Korea was 15th in the level of consumption hike. China topped the list with 9.9 percent, followed by the United Arab Emirates (7 percent) and India (6.8 percent). The measurement was 0.3 percent for a number of advanced countries like the U.S., Japan and Germany. England registered minus 0.6 percent.

Local officials cite South Korea's industrial makeup for the high consumption of power. The country's leading sectors, including steel, petrochemicals and semiconductors, all consume large volumes of power, they note.

"Electricity use at homes and commercial buildings have shown moderate increases over the past 10 years, but the level of increase for industrial consumption was visibly high," one official said. "Last year, the proportion of energy consumption for industrial use accounted for 56 percent." 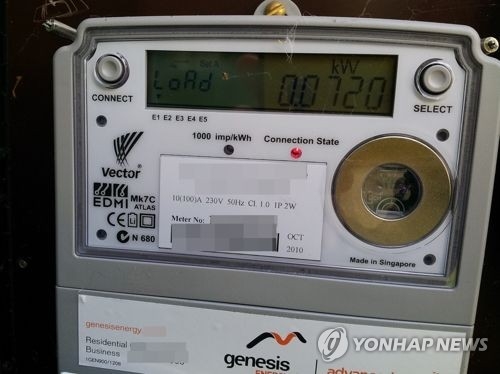