The Global Manufacturing Scorecard from the Brookings Institute, dated July 10, compared the countries on their policies and regulations, tax policies, energy, transportation and health costs, workforce quality, infrastructure and innovation. The results put England and Switzerland tied for No. 1 with 78 points. The United States came in third with 77 points, followed by Japan, Canada and the Netherlands, which each got 74 points.

By category, South Korea came in fourth, along with France, Switzerland and China for infrastructure and innovation. It was put at fifth in workforce quality.

For policies and regulations, the country received 18 out 20 points but was pushed to ninth due to other countries, which received perfect scores. The ranking was eighth for energy, transportation and health costs.

South Korea's placement for tax policies was the lowest among the categories at 16th. 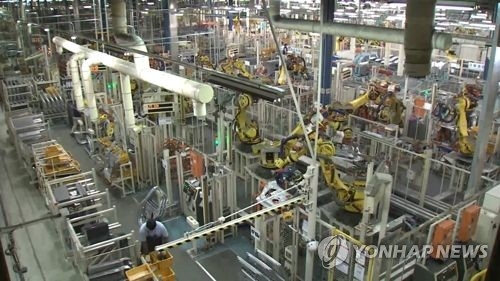