SEOUL, Aug. 7 (Yonhap) -- The price of popular foods for eating out has risen up to nearly 10 percent over the past year in the capital city, the latest data from the Korea Consumer Agency showed on Tuesday.

The agency's portal that provided the data showed that the price of "naengmyeon," buckwheat noodles served in cold broth, rose 9.6 percent in July from a year ago for Seoul. The average price of a bowl of the noodles was 8,808 won (US$7.84) last month compared to 8,038 won in the same month last year. It was the biggest increase among eight menu items that were sampled.

The price of "samgyeopsal," pork belly, was up 5 percent, while that of "bibimbap," rice mixed with various vegetables, went up 2.8 percent.

Compared to June, the price of agricultural and poultry products went up, apparently from record heat this summer. Separate data from Statistics Korea released on Wednesday said the price of vegetables rose 3.7 percent from June, while poultry climbed 3.3 percent.

In the case of spinach, the price spiked 50.1 percent. 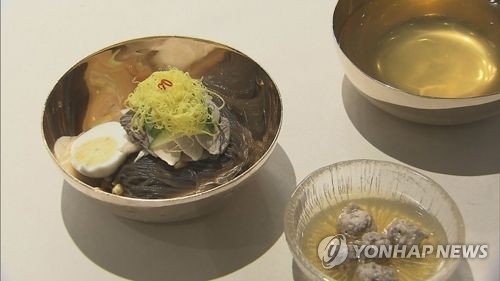 Price of popular foods for eating out increases in Seoul

Price of popular foods for eating out increases in Seoul