JINCHEON, South Korea, Aug. 7 (Yonhap) -- As long as she is competing, South Korean epee fencer Shin A-lam will always be associated with an infamous officiating incident at the 2012 London Olympics.

More than six years later, the 31-year-old says she has finally put it behind her.

To recap: at London 2012, Shin reached the semifinals of the women's individual epee event and pushed the favored Britta Heidemann to sudden-death extra time. Shin and Heidemann exchanged three simultaneous hits while the clock stopped running with one second remaining. 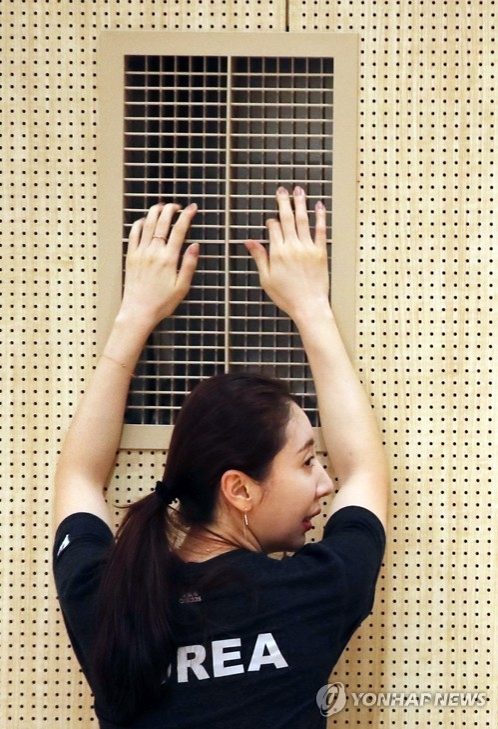 After the third hit, the clock went down to zero but was somehow reset to the one-second mark. If the match had ended in a tie, Shin would have been declared the winner as she was deemed the more aggressive fencer of the two. But the timekeeping mishap gave Heidemann new life, and the German lunged for the decisive hit as the time finally ran out. Protests from the South Korean camp proved futile.

Half a dozen years have passed, and Shin is still asked about that moment. At least on the surface, Shin seemed at peace with herself.

"It's something that no athlete should have to go through," Shin said Monday at the Jincheon National Training Center in Jincheon, 90 kilometers south of Seoul, where she's preparing for the Aug. 18-Sept. 2 Asian Games in Jakarta and Palembang, Indonesia.

"But thanks to that incident, I drew more attention from people than even some of the gold medalists," Shin said. "I still feel disappointed whenever I think about that day. But I believe I was able to grow up and mature as a fencer afterward. And it took a long time for me to reach that conclusion."

Shin has much to look forward to this month. She has grabbed three silver and two bronze medals at her three previous Asian Games. In what could well be her final Asian Games, Shin, who will only enter the team event, will look to end her gold medal drought.

The women's epee team is ranked No. 2 in the world, behind only the United States, and won the silver medal at last month's world championships.

"It'd be great to cap off my Asian Games career with a gold medal," Shin said. "I think we have great team chemistry. Our confidence is running high." 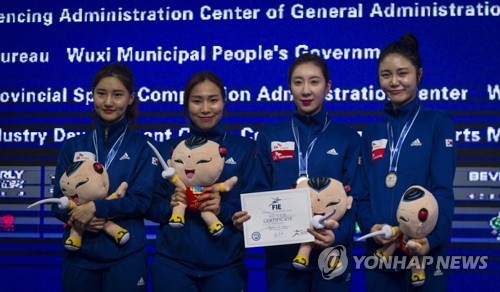