SEOUL, Aug. 7 (Yonhap) -- Police raided the office of a local company Tuesday, which claims to have discovered the wreck of a sunken Russian warship from the early 20th century, as part of a probe into allegations that it may be a scam.

The white collar unit of the Seoul Metropolitan Police Agency sent 27 investigators to search the premises of Shinil Group in Yeoido, western Seoul, and seven other locations to confiscate evidence, the agency said.

Shinil Group announced on July 15 it found the wreck of the Dmitrii Donskoi, a Russian warship that disappeared in 1905 during the Russo-Japanese War. It released submarine footage of what it claimed to be the wreck beneath the waters off Ulleung Island, east of the peninsula.

Speculation spread quickly that the ship had gone down with 200 tons of gold, worth 130 trillion won (US$116 billion), causing the financial authorities to watch the stock market for any unusual movement.

The probe was launched after a complaint was filed by a group of investors accusing Shinil of committing fraud with the Donskoi claim. They argued that Shinil raised a huge amount of funds by selling cryptocurrency issued under its own name.

Its chief Choi Yong-seok has been banned from leaving the country. 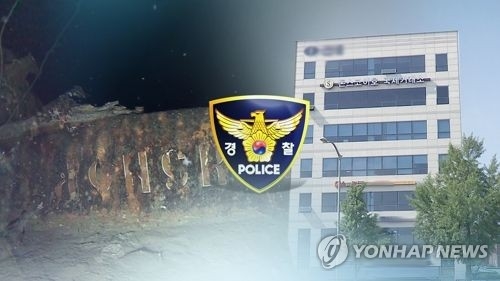