"Export growth has been maintained but domestic demand growth is weakening, putting a drag on the pace of economic improvement," the Korea Development Institute (KDI) said in its monthly evaluation of the country's economic conditions.

The think tank said exports remain relatively positive, led by semiconductors, while investments are stagnant and consumption improved only at a moderate pace, indicating that domestic demand is somewhat weaker.

The KDI also said that, despite the gains in a few service industries, growth in the total number of those employed remains weak on continued declines in manufacturing employment. 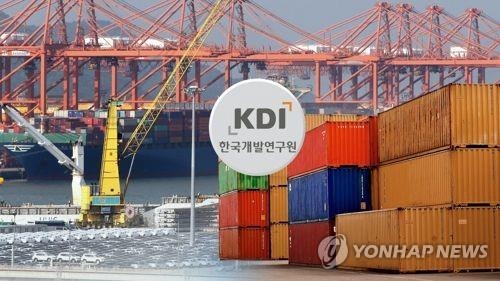