A year earlier, the government decided to provide the impoverished neighbor with $8 million worth of aid materials, such as nutritional products and vaccines through the World Food Program and UNICEF.

But the move came to a halt amid increased tensions attributable to the North's continued provocations. The budgets remain unused.

The U.N. Security Council, however, approved a U.S. proposal on facilitating humanitarian assistance for the North reported to be suffering from a drop in food production and a hike in the number of malnourished people. 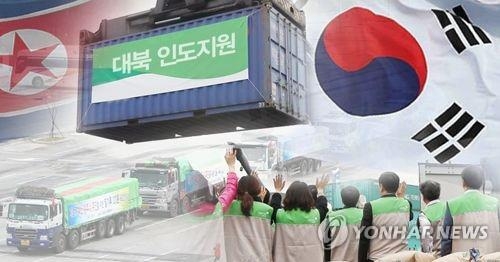 Under the guidelines, endorsed by the panel in New York on Monday (local time), UN and other aid groups will be quickly granted a waiver of exemptions for operations in the North by the council committee that oversees the implementation of sanctions on the regime.

"The provision of $8 million is what our government has promised," the government official said, requesting anonymity. "It's expected to pick up speed going forward."

The U.N.'s measure will also likely widen the room for Seoul to seek additional humanitarian aid for Pyongyang.