SEOUL, Aug. 7 (Yonhap) -- The South Korean government on Tuesday dismissed a report that another foreign vessel carrying North Korean coal has entered a southeastern port in the country, potentially in breach of U.N. Security Council sanctions.

VOA, a U.S.-based broadcaster, reported earlier that a Belize-flagged ship, the Jin Long, docked at South Korea's southeastern port of Pohang on the weekend and is still believed to be at the port. It cited the MarineTraffic vessel locating service.

The ship had been spotted at the Russian port of Nakhodka, along with black materials believed to be North Korean coal, days before arriving in Pohang, it added. 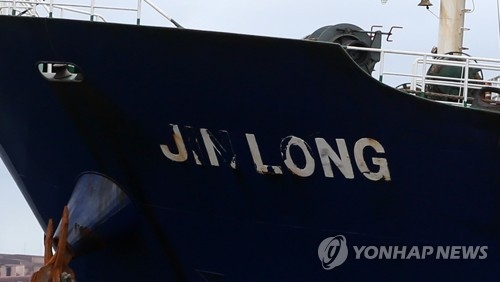 South Korea's foreign ministry confirmed the entry of the ship itself but said it's carrying Russian coal.

"There has been no confirmation of a violation of the (U.N.) Security Council resolution in an inspection of the ship by related authorities," the ministry's spokesman Noh Kyu-duk said at a press briefing.

He added they reviewed relevant documents but would not provide other details. 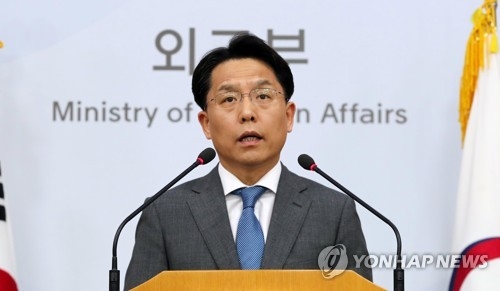 Speaking on background, a government official told reporters that the authorities searched the ship and it will likely be allowed to leave the port on Wednesday as scheduled.

The North is banned from exporting coal, iron ore and other mineral resources under Resolution 2371, passed in August last year. U.N. sanctions call for a country to capture and look into a vessel suspected of engaging in prohibited activities with North Korea.

Some western intelligence communities have said Russia has become a transit hub for illicit North Korean coal exports, adding to concern about persistent loopholes in the implementation of the resolutions.

Critics here question the left-leaning Moon Jae-in administration's resolve to curb the transport of North Korean coal, a source of hard currency, but the government has stated that it remains committed to strictly abiding by U.N. mandates despite inter-Korean reconciliation.