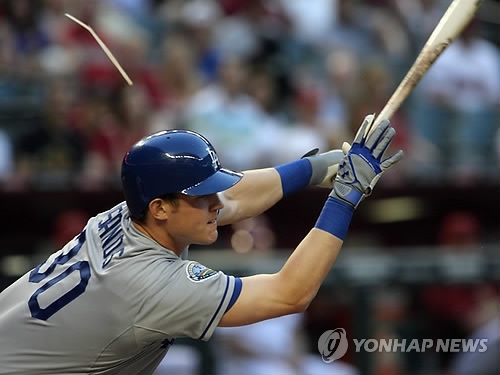 Sands appeared in 156 major league games from 2011 to 2016, batting .238/.303/.367 with 10 homers and 57 RBIs. He made his debut with the Los Angeles Dodgers and spent two years there before taking cups of coffee with the Tampa Bay Rays, Cleveland Indians and Chicago White Sox.

The Heroes said Sands has power and a good eye at the plate and that he can play both corner outfield positions and first base.

Sands is expected to arrive in South Korea either Saturday or Sunday, and will join the club once he acquires his work permit.

Prior to Tuesday's action, the Heroes were holding on to the wild card spot in fifth place among 10 clubs at 53-56.

Minutes before announcing their acquisition of Sands, the Heroes said they'd waived Choice, their second-year outfielder who was batting .258/.335/.458 in 96 games with 17 homers and 61 RBIs.

Choice homered in his last KBO game on Sunday, but it was the first time he'd gone deep in nine games. He ended his KBO stint on a 6-for-31 (.194) slide. 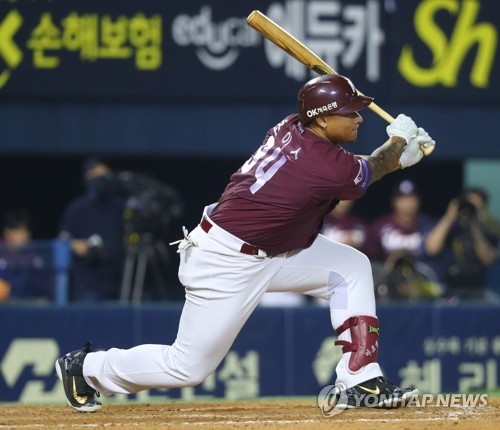