At the Aug. 18-Sept. 2 Asian Games in Jakarta and Palembang, Indonesia, the Koreas will compete as one team in men's and women's dragon boat racing, which is a canoeing discipline. There will be six South Koreans and six North Koreans in each of the men's and women's competitions, for a total of 24 athletes.

The canoers from the two Koreas have been training together in the South since July 30. Kang, a paddler, said that their practice with North Koreans is on track without big troubles.

"Honestly, it was difficult at first, but now everyone is caring for each other and we're doing well," Kang said at the South Korea delegation's launch ceremony at SK Olympic Handball Gymnasium in Seoul. "We're trying to cheer up each other and shaping up as one team."

Kang said what was the most difficult in their practice was to use Korean-language terms for each maneuver so that North Koreans could understand. South Korea uses English-language canoeing terms, such as paddling. She said the canoers are getting used to the change.

"We were told not to use English terms," she said. "We had to think before we talk and that was difficult in the first place, but now we're alright."

For Kang, competing in a multi-sport event like the Asian Games gave her special meaning.

"It's the first time that a unified (Korean) team has been formed in canoeing, so that's why we feel that we have to give our utmost efforts," she said. "Personally, it feels like I'm walking on air. I know that I grabbed a chance that would not happen again in my life."

Like other athletes at the Asian Games, Kang said her team's goal is to win a gold medal.

"We want to go until our paddles are broken," she said. "Our goal is to take first place." 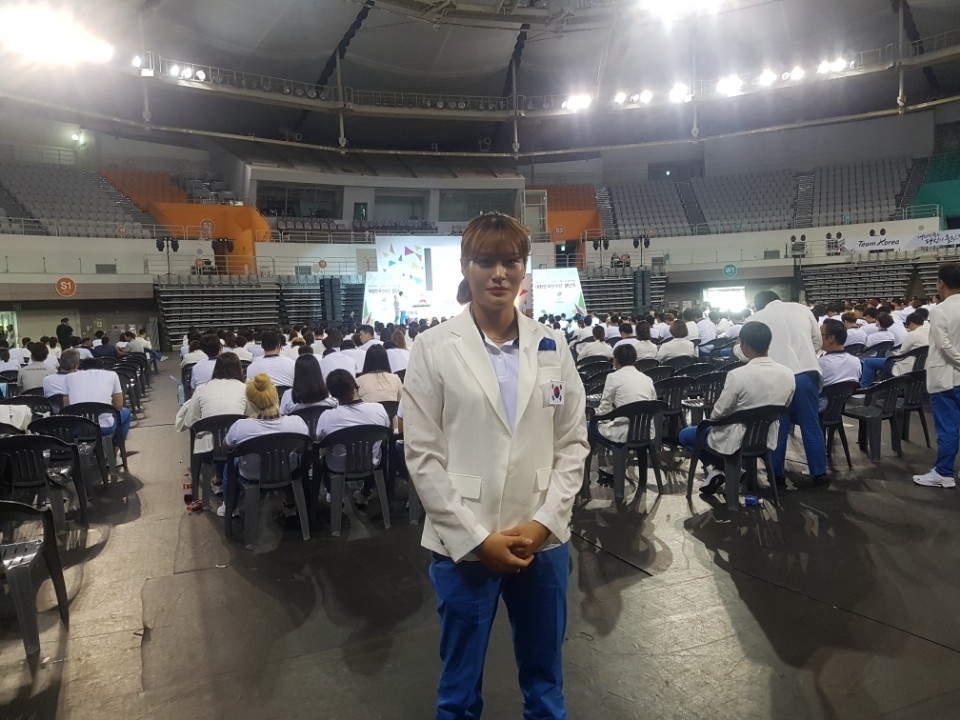