SEOUL, Aug. 8 (Yonhap) -- Rooftop bars and restaurants may be the perfect places to grab a drink or eat a meal while enjoying a nice view and fresh air. But rooftop homes are not perfect places to sleep, especially in this summer's sweltering weather.

Since July 22, Seoul Mayor Park Won-soon has been living in a tiny two-room rooftop home without air conditioning in a dilapidated neighborhood in the northern part of the city. His objective in doing this is to learn first-hand about the difficulties faced by the city's less privileged residents.

He is staying in a rooftop apartment in Samyang-dong, which is known for its maze of stairway-punctuated alleyways on a steep hill, with his personal aide or a city official and they commute by bus or subway to their office in the city center. The mayor's wife lives between the rooftop apartment and her home. 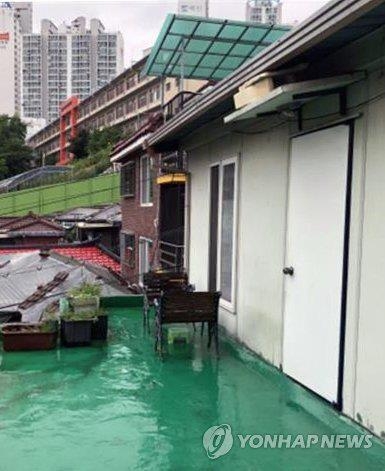 In Korea, rooftop apartments are considered among the worst types of housing as they are too hot in the summer and too cold in the winter. But many low-income young and elderly people opt to live in them because they are cheap to rent.

Park living for a month in Gangbuk Ward, one of Seoul's less developed districts, where Samyang-dong is located, is part of his efforts to find a way to reduce the widening economic gap between the northern and southern parts of the city, one of his campaign pledges for the mayoral election in June. Park won his third-term in office in the election.

After Seoul's temperature soared to its highest level in 111 years last week, public attention shifted to how he will endure the scorching weather in a tiny home with no air conditioning.

Park said in a radio interview on Monday that he uses electric fans, ice water bottles and a more creative method he learned from a citizen -- blowing cool wind with a handheld electric fan into a styrofoam box full of ice cubes -- to combat the heat.

"I'm fine. The weather was really hot with the (land) surface temperature reaching almost 50 degrees Celsius, but I got used to it. Actually, many citizens in Seoul are living like this," he said. "Someone sent tall ice water bottles wrapped with towels the other night. I'm very happy." Hugging the frozen bottles helps a lot, especially when he cannot sleep due to the heat, he added.

One of the four electric fans is from President Moon Jae-in, his political ally.

"My wife can barely contain her happiness," Park wrote his Facebook page when it arrived on July 27 with a cheerful message. He posted a photo of himself and his wife happily assembling the electric fan on Facebook. 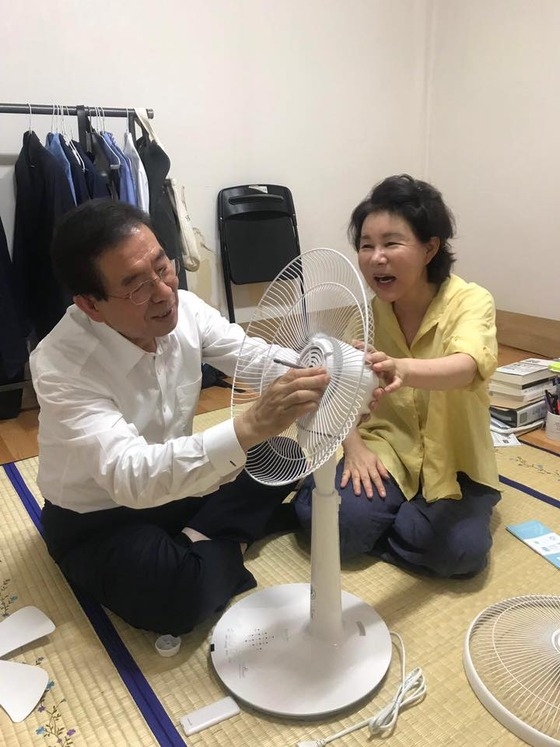 Since he moved into the new temporary home, Park has been busy meeting neighbors from all walks of life, sweeping alleys and visiting manual workers at a nearby apartment construction site. He recently posted a photo of him in a barbecue party with a group of merchants at a traditional marketplace. Park heard directly from them about their difficulties.

The narrow alley outside Park's home is crowded every morning and night with people coming to see him.

On Monday last week, a female merchant was picketing there, demanding the Seoul metropolitan government scrap a plan to redevelop the traditional marketplace where she runs a store in the southwestern tip of the city. She said she arrived at 5 a.m., hoping to meet the mayor.

She was able to talk with the mayor for about 15 minutes about her problems.

"I felt like I'm being choked because of the unreasonable administration, and now feel a bit relieved," she said. "I hope they'll be able to devise reasonable ways to develop the traditional market together." 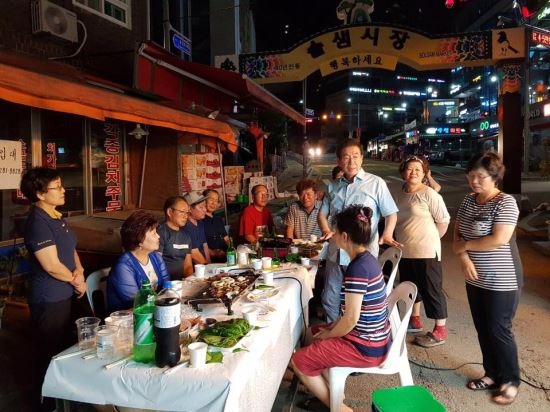 But Park's efforts have garnered mockery from some opposition politicians while some others view them as a political gimmick to improve his image ahead of the next presidential election. The three-term Seoul mayor is widely considered a strong candidate for the presidency.

"I recommend he live in the rooftop home for his entire term if he really wants to learn first-hand about ordinary life," he said on his Facebook page.

He later questioned during a meeting of party lawmakers the seriousness of Park's quest to experience "ordinary life" when city officials delivered expensive abalone rice porridge to him on an early morning.

"I'm not here to play or experience ordinary life. I'm here to work," Park wrote. "After spending weeks in the neighborhood, now I can see things that I couldn't see before or I may have missed." 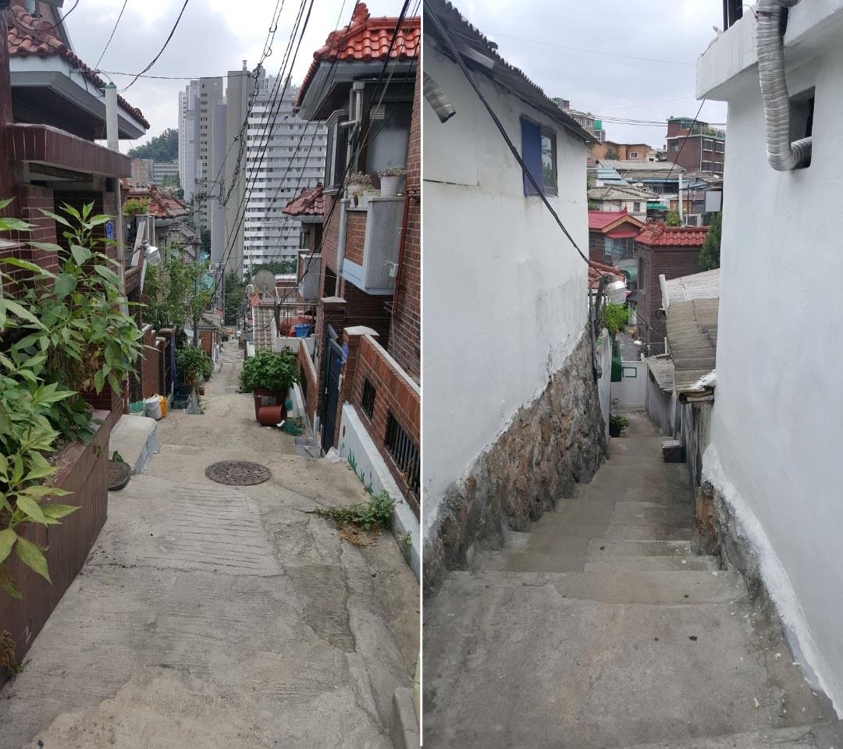 "I don't think he will be able to greatly improve the lives of ordinary people with an experience of living for only a month in this neighborhood," said Choi Mi-sook, a 52-year-old woman who works at a Korean restaurant in the neighborhood. "He should stay at least for one to two years to know what it really is like to live here."

But some others were positive. "It's a good thing he came to live here because he can visit every corner of the village to learn how we live," said Choi Gang-yeop, a 78-year-old resident playing with her little grandson outside her home. She said she has lived in the neighborhood for 40 years and that hopes the mayor can create a new hillside road so she and other elderly villagers with knee problems no longer have to crawl home.

Kim Young-hee, 61, agreed, saying: "He's welcome. It was good to see him hiking all over the alleyways with his wife. By doing that, he'll know specifically what to do to improve the neighborhood rather than pouring taxpayers' money without much thought."

Kwon Eung-mun, who owns a lighting store, expressed hope that the mayor will not leave empty-handed after spending a month in the rooftop home.

"At first I thought he came here with a political motive to improve his image. Now I don't know exactly what he thinks," Kwon said. "It doesn't matter with what intention he started. Now he's here and he also has to get results for living for a month in scorching weather, I hope it will be a chance for him to truly and deeply understand the lives of the less privileged and reduce the gap between the northern and southern parts of Seoul."

Park is expected to announce measures to promote balanced development of Seoul after his one-month stay in the rooftop home ends on Aug. 18.