The leakage happened at around 6 p.m. at a chemical waste storage tank of F-One Chemical in Chilgok, a town in North Gyeongsang Province, they said. The leakage took place right after roughly 20,000 liters of waste acid was injected into the tank.

With the sulfuric acid leakage, yellow waste acid vapor was seen around the facility, they said.

Evacuation order was issued to people living near the plant. No one was hurt.

Firefighters removed the remaining waste acid from the tank to prevent additional leakage. They are currently working on measuring air contamination to ensure safety.

The exact cause of the accident is not yet known. 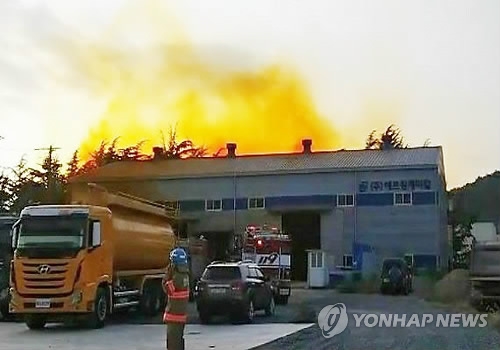