The 29-year-old acquired his South Korean passport in January this year and with that a new Korean name, Ra Gun-ah (Ra from his American family name, and Gun-ah meaning a brave young man). And the Aug. 18-Sept. 2 Asian Games in Jakarta and Palembang, Indonesia, will be the first major international tournament for Ratliffe, who will try to bring South Korea its second consecutive gold medal.

Ratliffe said South Korea is primed for more success at the continental event. 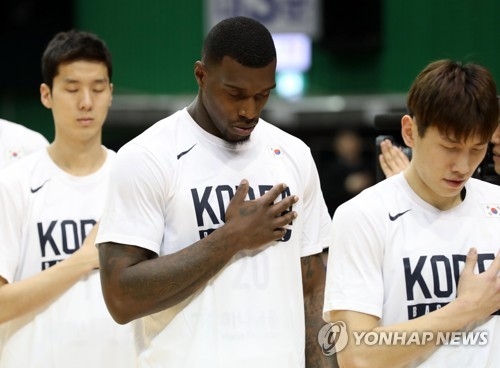 "I think I've started to mesh with the team a little bit more. As time goes by, we'll be even stronger and become more of one team," he told Yonhap News Agency on Tuesday before the South Korean delegation's launch ceremony at SK Olympic Handball Gymnasium in Seoul.

"I'm just looking forward to the upcoming (Asian) Games. I think it'll be a great experience," he said. "I am sure there'll be many Korean fans there to support us. We'll just try to make them proud."

A veteran of six Korean Basketball League (KBL) seasons with two clubs, the 2011 Big 12 Newcomer of the Year for the University of Missouri said winning the Asian Games gold for his adopted country will "mean a lot" to him.

"(It will be) definitely one of the biggest accomplishments of my career," he said. "I know it will make this country very proud. That's what I want to do. That's why I tried to get the passport, trying to make the country and these fans proud."

He played his first three seasons with the Ulsan Mobis Phoebus and then joined the Samsung Thunders for another three. He will be back with the Phoebus for the new season.

Joined on the national team by familiar faces from the KBL, Ratliffe said he'll try to be "the enforcer" on the court and a communicator off the floor.

"Be strong on defense and offense, mostly in the post, grab every rebound, try to wear my man down, run up and down the floor, and just make it easier for my teammates," Ratliffe said, listing off things he's expected to do. "Off the court, I'll try to mesh with the guys more. I feel if we're close off the court, that will make us even closer on the court. I think a lot of guys lack confidence in English, but they speak it pretty well. This is my seventh year (in South Korea), and I speak Korean-English really well. So I understand them." 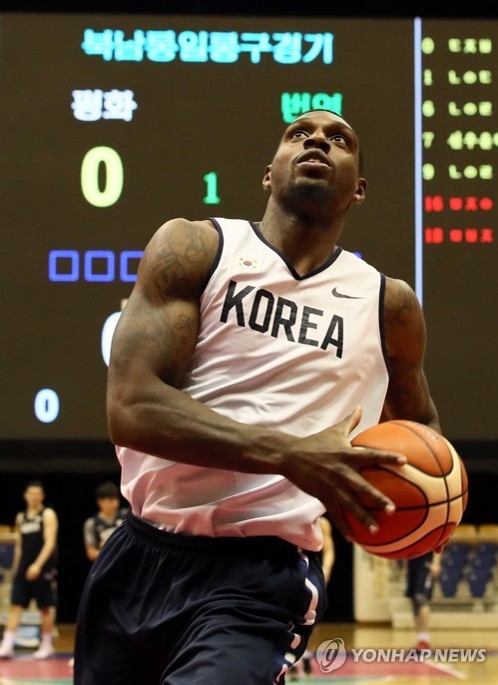 In the runup to the Asian Games, Ratliffe and South Korea played in a relatively small international event called the William Jones Cup in Taiwan last month. At 6-2, South Korea finished third among nine squads in the tournament, which included "B" national teams from Iran and Japan, and amateur and pro clubs from Canada, the Philippines and Lithuania. Ratliffe led the team in points in five games.

Ratliffe will have to continue his high-scoring ways for South Korea at the Asian Games, where it has been paired with Mongolia, Indonesia and Thailand in Group A, where the top two will advance to the quarterfinals.

The likes of Iran, China, Japan and Kazakhstan could stand in the way of South Korea's title defense, and Ratliffe said South Korea can't afford to take anyone lightly.

"We can't really look past anybody. We play Indonesia first (on Aug. 14), and we have to focus on those guys first," he said. "If we're able to beat them, then focus on who's next. I don't think we can look ahead to anybody because I think everyone has a strong team."